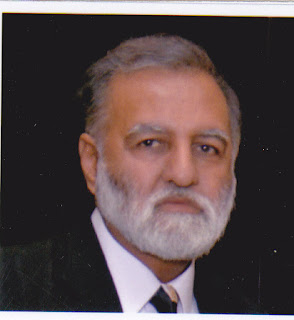 The third edition of the popular annual event is expected to see participation from
800-1000 women drivers from different walks of life
Mumbai, 27 February 2017: The third edition of the hugely-successful “Women's Rally to the Valley” will be held on 5th March 2017, to spread the message of women’s safety on the occasion of International Women’s Day. The immensely popular annual event –organized by the Western India Automobile Association (WIAA) in partnership with Aamby Valley City and J. K. Tyres – is expected to see participation from a total of 800-1,000 women across the city from different walks of life.
The all-women car rally will commence from Hotel Sahara Star in Mumbai at 7:00am and proceed through the city’s major landmarks such as Worli Sea Face, Peddar Road, Chowpatty, Marine Drive, Churchgate before concluding at The Aamby Valley City near Lonavala.  A team of celebrities will be present at the key points throughout the route of the rally to encourage the participants. The women drivers will be ensured a smooth ride with safety volunteers to be stationed throughout the route. The safety of the participating women is being promised by the state’s Traffic Police.
Lunch & Entertainment will be followed after the rally till 4:00pm, post which the participants head back to Mumbai. There’s a party on for the participants with a live DJ, rocking Bollywood numbers, lights and dancing, with a prize Distribution ceremony, in Mumbai. The event will end with a party that the participants will rejoice for long time.
Explaining the rationale behind a car rally by women, Mr Nitin Dossa, Executive Chairman, Western India Automobile Association (WIAA) said, “Since WIAA’s prime focus is creating awareness in society about road safety, we have now taken initiative to create awareness about women’s safety on roads, in public transport and in public places. The WIAA car rally supports the cause of women's safety since this is an issue which needs urgent attention due to the number of growing attacks on women in recent times. The aim is to help women voice their safety concerns to demand a safe city and create awareness amongst the people of the country to build a protective society for women. What better way to celebrate the spirit of a woman than Women’s Day!”
Talking about the event, Mr Prateek Tandon, Head – Events & Promotions at Aamby Valley City said, "Women – whether as Mothers, Sisters, Daughters, Friends or even as individuals and gender groups – have important role to play in everyone’s life. They put all their strength to fit in each and every role they take up and play it to her best. While they have important role to play in the running of families, a number of Indian women have also made the country proud with their achievements. The participation of women in most fields has increased significantly in the last few decades in India. From politics to corporate sector, and from education to sports, women have not only matched up with men, but they have shown better participation and performance. With their contribution so significant to nation-building, it is national irony that their safety is still not guaranteed in the country. Our rally aims to give voice to women’s safety concerns.”
The last year’s edition of the “Women’s Rally to the Valley” witnessed a power-packed participation of more than 1000 women and close to 240 cars with each woman participant displayed impactful social messages spreading awareness about Women’s Safety.
All free-spirited women drivers in the city are invited to come and participate, making the car rally an exciting way to voice their concerns related to safety.
About WIAA
The Western India Automobile Association (WIAA) is the largest Automobile Association in South Asia. It has grown from strength of 500 members to with over 110,000 members today and the scope of its activities extends to cover major cities in Western India. Headquartered in Mumbai, WIAA offers its services in the states of Maharashtra, Gujarat, Rajasthan, Madhya Pradesh and Goa. It offers all its members a wide variety of services ranging from issuing of learners' licenses to legal advice on motoring issues. Apart from its original aims and objectives, the Association also undertakes to promote tourism within the country. The WIAA is actively in touch with its counterparts in other countries, giving them the necessary travel information as a part of its program to attract tourists in India. The Association is recognized as India's major authority on motoring issues and represents its members and motorists interests to the Government and other sector and industry groups.

Posted by orientpublication at Wednesday, March 01, 2017
Email ThisBlogThis!Share to TwitterShare to FacebookShare to Pinterest