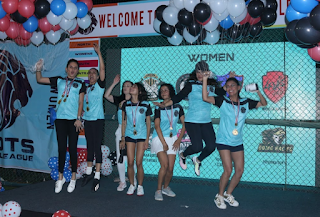 RPL Fall Season 2018 shall be conducted over a 14 week game period, from 7th September 2018 to 14th December 2018; with 40 teams competing and several new team owners and players. Roots will run five leagues concurrently - Bandra North, Bandra South, Juhu, Central and the Women's League. The Men’s League culminates in a Knockout Stage with the top four teams competing for the Championship Cup, and the bottom four battling it out for the Community Cup.

This season, Bollywood actor Arjun Rampal and his team shall participate in the games; while Ishaan Khattar of Dhadak fame, also joins the sporting event. RPL has been supported and promoted by various media friendly faces, such as Dino Morea, Rohan Shrestha, Samir Kochhar, Gabriella Demetriades, Mandira Bedi, and others.

It is the only league that has been managed, sponsored and played in as if it were a professional league. Its participants include captains of industry, owners of various conglomerates, businessmen, CEOs, executives, lawyers, doctors, actors, TV hosts, models and more. The objective being to promote amateur football in India, to build a community based sporting event and to create a healthy and positive ecosystem that benefits everyone involved.

Due to popular demand, earlier this year, RPL introduced a Women’s League with independent female role models across genres owning teams and competing in the games. This season’s team owners include the likes of Kim Sharma, Bhavna Pandey, Nandita Mahtani, Adhuna Bhabani, Malini Agarwal, and more. RPL aims to empower women in India through sport, and has therefore collaborated with dynamic pioneers that are keen to assist in the process, lending their voices to promote this cause.

RPL also believes in supporting sports at the grassroot level and giving back, which is why its charity program is consistently active; including a collaboration with actor Kunal Kapoor’s crowd funding organisation ketto.org to raise money for Slum Soccer. Roots works towards raising money for children through its communities, and plays various charity games to achieve targets; Just For Kicks is another such organisation that it has tied up with.

Founders Harpreet Baweja and Santino Morea said, “We at Roots are committed to creating an ecosystem that promotes football, fitness and community, while working with various brands and products that benefit from being a part of this healthy environment. Our focus is to expand Roots into various Tier 1 cities, creating a similar ecosystem. There's nothing better than to see individuals from diverse backgrounds come together to spend an evening full of football, food, and friends. Fall Season 2018, is going to be bigger and better with an increase in the number of teams and an exciting lineup of players.”

Roots intends to extend itself beyond Mumbai and Delhi, to other major metros like Hyderabad, Bangalore, Kolkata and Pune, in the coming year. Once established, not only inter-city competitions, but intra-city knockout formats shall also be introduced, and hence the National Championships.

ROOTS FOOTBALL ACADEMY was set up three years ago in 2015, with a vision to become pioneers of the AMATEUR Indian Football Industry and build a nation-wide program. However the league was launched one year ago. In one year, RPL has seen an exponential growth, from 66 players to 500+ players across 40 teams!

He is a Purdue University graduate and the Co-founder and Director of Aroma Thai Spas and Butter Events. Harpreet manages the business and financial side of The Roots Football Academy as well as overseeing the day to day operations, sponsorship, upcoming football events and expanding Roots into other markets. Originally he was brought up in Thailand, and played for various varsity teams growing up, including Bloomberg in New York. Football and community have always been an integral part of his life and the academy is an extension of that.

Having graduated in film direction and acting in LA, Santino proceeded to work with Warner Bros on movies like Constantine, Miss Congeniality, Poseidon and others. Following years of working with Hollywood film units at the highest level, he returned to India and signed onto working with Dharma productions in order to grow his career in other areas of film, such as direction, production and talent management. His love for sports stemmed from playing football his entire life, and since co-founding Roots, he decided to turn that passion into something tangible that utilizes skills previously acquired, along with his natural ability to genuinely connect with people, adding a new dimension to the Roots team.

London born Gaurav Assomull studied at Harrow School before achieving his double honours degree in French and international business from UCL. He played football and cricket at the highest level in school and college and then went on to co-found IntergenEnergy Ltd, an infrastructure company operating in the north of India. He is also heavily involved within the start-up space having invested in four tech based start-ups just last year. His involvement in Roots extends to brand expansion and finance.
Posted by orientpublication at Saturday, September 08, 2018
Email ThisBlogThis!Share to TwitterShare to FacebookShare to Pinterest