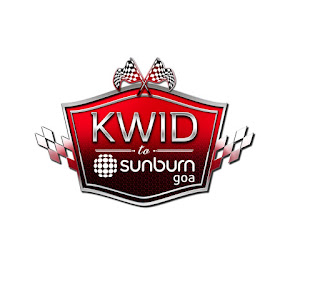 
Mumbai, 16 November 2015: Renault India, one of the fastest growing automotive companies in India, announced its partnership as a Co-Presenter for the upcoming season of Sunburn, one of the world’s biggest EDM music festivals


Both the brands are young in India and bring to the fore the best experience of global and Indian talent – Renault’s global cars in which Indian engineering and design teams are playing a significant role, and the blend of global and Indian music talent that drives Sunburn. Keeping in line with the spirit of Sunburn, the association promises some exciting gratifications and engagement platforms for its fans, marking the start of an exciting season.
The 9th edition of Sunburn Goa will deliver the world's best in class technology, music and production in a great web of artistry and is expected to have even bigger attendance on ground than last year as well as increase in fan base across platforms, making Sunburn, probably the largest music festival globally.
Renault, one of Europe’s leading automobile manufacturers, has chosen Sunburn to showcase ‘Renault KWID’ in the Indian markets as it represents the same ‘Live for more’ vibe which is intrinsic to the EDM genre. Renault KWID is a unique offering in the compact car segment and boasts of aspirational design, unique styling and features and an SUV look tailored to its dimensions.
Speaking on the association, Mr. Rafael Treguer, Vice President, Sales and Marketing, Renault India said, “Renault has created a milestone in the Indian automobile Industry by launching Renault KWID. Offering the best from the world of Renault, the all-new Renault KWID is astutely designed and loaded with class leading features along with a superb mileage of 25.17 kmpl and best in class space. With over 50,000 customer orders, Renault KWID is set to become a true game-changer in India. Taking this journey forward, we are excited to showcase the Attractive, Innovative and Affordable Renault KWID at Sunburn, one of the largest music festivals in the world, complementing Renault’s legacy and brand ethos of celebrating passion for life. Such innovative associations are helping Renault augment its brand familiarization in India in a short span of time. ”
As part of the association, Sunburn will present the latest offering from Renault through a unique, “SPOT THE KWID“and “KWID TO SUNBURN GOA” Campaigns. These will be the first of its kind, pan India consumer engagement campaigns organised by Percept Live through a Live IP Platform.


The campaigns will be promoted by Percept One – the marcom division of Percept, through a massive 360 degree customized communication plan covering Print, TV, Digital and OOH media, reaching out and engaging with thousands of Sunburn Fans from across the country.
The Sunburn Goa will be a 4 day music festival and will be held on the Northern shores of Vagator, Goa from 27th – 30th of December 2015. In its 9th year of providing unique dance music experiences, 2015 will earmark new beginnings as the stage in Goa is set for its biggest line-up of over multiple artists, more than 200 hours of music and 7 different stages with every stage catering to diverse genres of electronic dance music including trap, dubstep, drum n bass, hardstyle, house, tech house, deep house, electro, psy-trance and electronica.
This sunburn season 9, will have over a hundred events spread thro’ the year across the nation targeting an aggregate attendance over a million. Speaking about the association, Mr. Karan Singh,- CEO, Sunburn said, “Sunburn has, over a period of 8 years, become one of the most loved and biggest  music festivals in the world and a preferred choice for several brands. We are proud to be associated with Renault as an automobile partner for the current Season and look forward to creating history with some innovative and never done before youth engagement campaigns.”
Being one of the biggest festivals in the world, Sunburn Goa lives upto its name as this year will feature the biggest line-up including two of the world’s top DJs Martin Garrix and David Guetta. Adding up to the global line-up are KSHMR, Bassjackers, Dyro, Seth Troxler, Headhunterz, Sam Feldt, Aly & Fila, Tube & Berger, Desert Dwellers, Liquid Soul and more. The line-up also boasts a wealth of Indian talent in the name of Shaan, Qwiver, Anish Sood, Sartek, Priyanjana, Arsh, Janux, Joshi and more.
About Sunburn
Sunburn has successfully made its debut across Dubai, Muscat and Colombo since 2012 and soon be making debuts in Bali, Singapore, Russia, South Africa.
Sunburn today has partnered brands across categories with Gionee, one of the leading handset maker is co-presenting the entire season 9, in partnership with Kingfisher and Smirnoff Experience; In association with OLA, styled by fbb, Renault KWID, Skybags, QuikrCars, Gillette, Skyscanner, Redbull and Rayban.

Posted by orientpublication at Tuesday, November 17, 2015
Email ThisBlogThis!Share to TwitterShare to FacebookShare to Pinterest