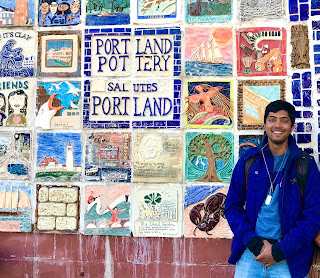 24 year old USA based Indian singer, lyricist and composer Sooraj Bishnoi is all set to launch his new song “The Actor”. After the success of his tracks Nemesis (February 2017), City Beat (4 December 2018) and his debut 11 track ablum “Here We Go” (January, 2019) gathering a whopping two lakh+ views on YouTube, Sooraj is releasing his video format song “The Actor”. He states that the Video format song will have “twist in the tail” kind of story. It sends out a Clear message, ‘One cannot be successful by blindly being ‘Someone Else’. The album will hit the local track soon. The teaser is out.
https://m.facebook.com/story.php?story_fbid=2858282077528020&id=193996133956641&ref=content_filter

The idea of the song is - just by looking at the stars on the boulevard and thinking, “Well, if the pinnacle of fame is to have a star on the ground for people to walk all over, then what even is fame, and how much of an identity  must someone lose, to just be another star on the ground.” Speaking about the Song, Bishnoi added, “I wanted the music video to have a ‘twist in the tale’ kinda story - which drives home that you cannot be successful by being ‘someone else’...a definite story set in Hollywood though, not just a montage. But shots of typical ‘Hollywood’ scenes (like the sign, the stars, the lights etc) to establish clearly the hopes and aspirations of stardom that actors and performers come to Hollywood with!!”

The song has been inspired by people pretending to be someone else constantly in their daily lives, in the hustle of Hollywood, and what this town makes them do. It’s an admonishment, of sorts, telling people to strip away the mask and be themselves - not just another role to play.

About Sooraj Bishnoi..
Sooraj is a singer, songwriter, instrumentalist, composer, and arranger from India. Playing the keyboards since the age of one and a half, and the guitar and piano since age 9, Sooraj’s musical journeys range from traditional Indian classical raags, to Mozart, to the likes of the Beatles and John Mayer.
As a vocalist, Sooraj has performed with many bands as well as singing in acoustic/solo settings, choirs, a cappella groups, and theater productions. As an instrumentalist, he plays the keyboard, acoustic piano (classical and jazz), drums, guitars, violin and various hand-percussion instruments, passing the Grade 8 keyboard practical examination of the Trinity College of London at the age of six, possible the youngest to do so. He has also performed with several bands, as a soloist and in several ensembles and theater music groups.

Drawing on major influences like The Beatles, John Mayer, Jason Mraz, Simple Plan and many more, Sooraj won a scholarship to the Five-Week Summer Program at Berklee College of Music, Boston, after which he worked on his debut EP, “It’s Your Life,” released in the winter of 2012. The home recorded EP can be found on iTunes, Amazon and most other music distribution platforms. He performs his original songs and several popular covers both as a solo singer-songwriter as well as with his band, The Sooraj Trio at venues like Score Bar, Blue Frog etc.
Posted by orientpublication at Tuesday, February 25, 2020