First look of Hindi film "KULDIP PATWAL: I DIDN'T DO IT!", in grand style. 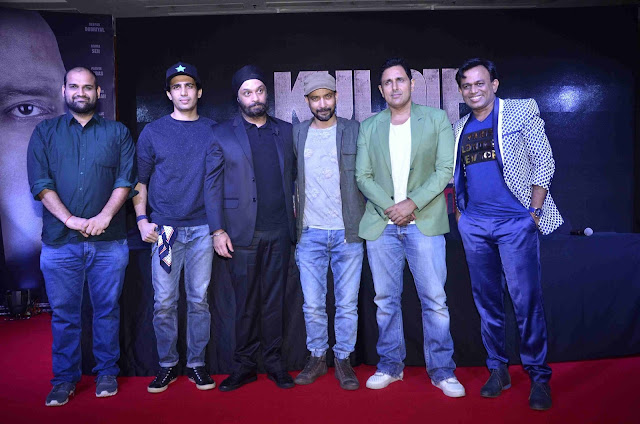 First look of Hindi feature film "KULDIP PATWAL:I DIDN'T DO IT!" (Inspired by true events) happened in a grand style in Hotel J. Marriott, on 9th November 2017. Film is a "An Intriguing and Provocative Film". Entire star cast and technicians were present on the occasion along with some other distinguished guests like Mehmood Ali, Mehul Kumar, Shameem Khan, Azaz Khan and many others. Media appreciated its first look and subject.

Producer and Director of the film Remy Kohli said ‘he was always having a dream to make a film in Bollywood, but with some special subjects, which should represent common man’s problem, so when this idea came in his mind, he made this film’. Film is releasing on 15th December 2017 all over

Kuldip Patwal: I Didn’t Do It!, a crime drama starring Deepak Dobriyal, Raima Sen, and Parvin Dabbas is the film story of Kuldip Patwal -- a commoner thrown into a jail cell on suspicion of murder of a local politician. Does he survive the state’s entrapment? Or even more harrowing, did he actually commit the crime?

“People have been looking forward with anticipation to the release of “Kuldip Patwal…” for quite some time now.” said director Remy Kohli.
Posted by orientpublication at Monday, November 13, 2017
Email ThisBlogThis!Share to TwitterShare to FacebookShare to Pinterest