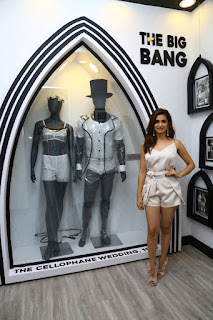 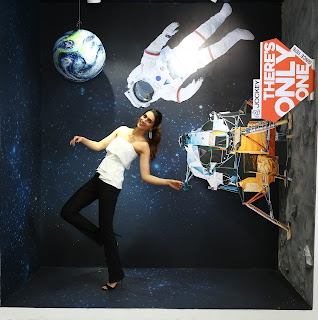 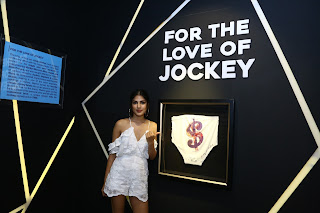 Mumbai, 07th September, 2017: Jockey, the world's best-loved and most-recognized innerwear brand launched a unique pop-up museum to bring alive its legacy in Mumbai and Bangalore.
Walking down memory lane of the Jockey museum was bollywood stunner Kriti Sanon who was joined by leading south film actress and model Kriti Kharbanda and popular VJ and actress Rhea Chakraborty.  The leading ladies were seen marveling at the history of innerwear that was pioneered by Jockey over the past century. The Jockey pop-up museum is open to everyone from September 8 – 10, 2017 at High Street Phoenix, Lower Parel.

The pop-up museum celebrates the history of Jockey and relives its incredible journey by bringing alive key milestones such as; the invention of the brief in 1934, the revolutionary Y-front design of 1935, the ‘Cellophane Wedding’ in 1938 which was the world’s first fashion show for innerwear, the very first innerwear TV commercial in 1958, the special line of underwear created for NASA’s Apollo mission in 1962, introduction of the first men’s bikini brief in 1969, pioneering the use of box packaging for innerwear in 1972,  the first ever innerwear fashion show in India in 1995, and many more.
Founded in 1876, Jockey has a rich history as one of the apparel industry’s original pioneers and innovators. Whether it’s inventing the first ever men’s brief in 1934, developing underwear for astronauts of NASA’s Apollo Mission in 1962, or setting benchmarks in the innerwear category with groundbreaking advertising, Jockey continues to define the industry.
This year also marks 70 years since Jockey stitched the brand name on the waist band of their innerwear. At a time when underwear was not openly spoken about and underwear brands put their names on their products only for legal reasons, Jockey wanted to show the world how proud it was of its products. In what seemed like a small step, Jockey embroidered its name onto the waistbands of its products, and was the first brand to ever do so. Jockey’s branding of the band was path-breaking, and broke out into a global trend which is seen across brands even today.
Whether you’re attending the Jockey Pop-up museum or watching it from afar, join the conversation using #THEREISONLYONE on Twitter @JockeyIndia and Instagram @jockeyindia. Also visit the Jockey India Facebook page for LIVE updates on Jockey’s 141 year celebration.

Posted by orientpublication at Friday, September 08, 2017
Email ThisBlogThis!Share to TwitterShare to FacebookShare to Pinterest