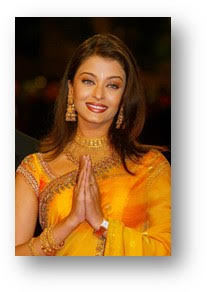 To present Devdas as part of Cannes’ 70th anniversary

At Cannes 2017, L’Oréal Paris will be celebrating the 70th anniversary of the Film Festival and its 20th anniversary as official beauty brand, with the L’Oréal Paris Open Air Cinema.  A double celebration of women in film and beauty at the Festival, the Outdoor Cinema will showcase films that will be selected and introduced in-person by six L’Oréal Paris actress ambassadors, at a big screen open to the public on the Martinez beach from May 17th to May 22nd.

Amongst others, our very own Woman of Worth, Aishwarya Rai Bachchan, who will be walking the red carpet as a L’Oréal Paris ambassador on 19th and 20th May 2017, will be reliving her 1stCannes appearance by presenting Sanjay Leela Bhansali’s 2002 movie Devdas on 20th May at the Outdoor Cinema.

Commenting on her 1st experience at the Festival for the movie, Aishwarya Rai Bachchan shared, “We attended the Festival not just as artists but as proud representatives of Indian cinema, showcasing a film that meant so much to us. The kind of reception we got for the movie was truly overwhelming and I will cherish it all my life.”
Posted by orientpublication at Saturday, May 13, 2017
Email ThisBlogThis!Share to TwitterShare to FacebookShare to Pinterest