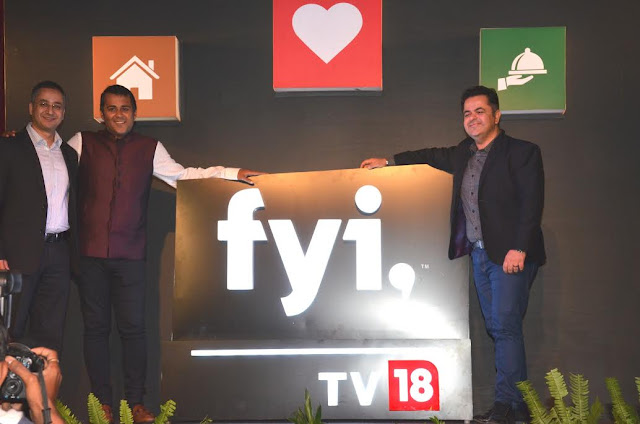 Hosted by bestselling author, and hugely popular local celebrity, Chetan Bhagat, Real 2 States Couples follows the travails of a cross-cultural couple in a relationship, trying to adjust to each other’s families.

Speaking on the occasion Chetan Bhagat said “India’s youth today are major change agents driving social transformation. One of the best examples of this are inter-cultural marriages which has been brilliantly captured in our new series: Real 2 States Couples. I’ve been personally very entertained by these confident young people and I’m sure our viewers will love them too.”

While Real 2 States Couples explores the relationship dynamics of a couple and their respective families before a wedding, Rivals-in-law highlights that of couple well into their marriage. The series, hosted by celebrity chef Vicky Ratnani, features a ‘cook-off’ between a daughter-in-law and her mother-in-law, with the husband as the judge.

Speaking on his show, Vicky Ratnani said “Food today is not just about taste but a fun recreation process. Add to it the spice of relationships and you have a heady mix of entertainment without parallel. It was great fun hosting the show and I think it will set a high benchmark for the industry, difficult to match.”

The shows cater to a new-age India, providing a personalized viewing experience and avoiding the conventional “top-down approach,” addressing the viewer “as a friend, rather than preaching from a pulpit.”

Avinash Kaul, President- Strategy, Product, and Alliances, Network18 and Managing Director A+E Networks®| TV18 said, “As the market dynamics in the media sector continues to evolve, it exposes niches waiting to be exploited. With general entertainment going increasingly rural and mass, there is an underserved demand for convivial and progressive content. We believe that in FYI™ TV18, with relationships at its core, we have a winner.”

The launch of FYI™ TV18 was announced earlier this year at the APOS summit in Bali. It is the second channel from the A+E Networks | TV18 bouquet following the stellar success of its HISTORY™ TV18. Launched in 2011, HISTORY™ TV18 is a strong contender for the no. 1 position in the factual entertainment genre, riding on the success of blockbuster local productions like ‘OMG! Yeh Mera India’ and more recently ‘Man Vs Job’.

On the distribution front, FYI™ TV18 will leverage its partnership with IndiaCast, to ensure connectivity unmatched in the genre. The channel will be launched with a high-decibel marketing thrust over the next few days.
Posted by orientpublication at Saturday, July 09, 2016
Email ThisBlogThis!Share to TwitterShare to FacebookShare to Pinterest