Pillai Group of Institutions awaits the release of Sonam Kapoor starrer “Neerja”; launched the first (1st) song of the film at Algeria Festival of Joy in the presence of 1000 students 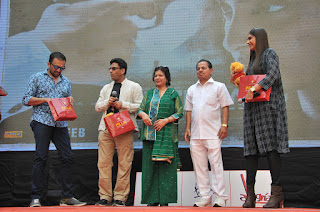 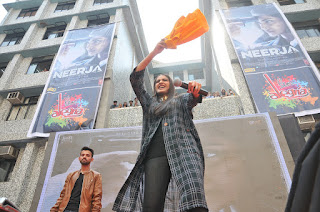 4th February, 2015 in Mumbai- Pillai Group of Institutions had actressSonam Kapoor launch the first (1st) song of her upcoming film “Neerja” at Algeria Festival of Joy in the presence of more than thousand (1000) students.

The students of Pillai Group of Institutions were in for a starry and fun evening. The actress received a warm welcome by the students and faculty of the college.

Sonam Kapoor was a hit amongst the boys who thronged from every corner to catch a glimpse of the actress and screamed out her name. She was enjoying the adulation from the boys who requested her to click selfies.

Sonam spent a couple of hours in the college where she was seen educated the students about the film and life of the brave soul Neerja Bhanot. Adding to the session, she was speaking the dialogues from her film and taking up quiz etc.