19th January 2016; Mumbai: With the revolution of communication and technology, there are plenty of instant messaging apps launched for people who want to get past the limitations or shortcomings of communication.  Amidst all this, n-gage – world’s first 360 degree Lifestyle chat-app has broken the app barrier by enabling users to message others across any messaging app in the world.
“The journey and thought of developing an app like n-gage started when I faced health issues in my life. The lack of ability for people to connect on health problems inspired me to make an app like n-gage.” says Mr. Ajit Patel, CEO & Founder of n-gage.
In the past decade a number of Instant messaging apps have launched globally, subsequently resulting in people installing a cluster of apps on their devices to cater to their individual needs. Today, with its launch in Mumbai, n-gage has broken this platform barrier, and become the first consolidated messaging app with the most popular features in one easy to use interface.
“As communication and information travel faster and faster, the world seems to get smaller and smaller. This changes how the world communicates, especially with today’s obsession with social media networks. Keeping this in mind, n-gage offers a novel form of communication by liberating its users to enjoy rich messaging across other instant messaging apps like WhatsApp, Facebook, and many more without the need of a smartphone, or the receiver downloading n-gage” adds Ajit.
Another ground-breaking innovation of n-gage is its video-calling feature across other platforms that bridges the gap and brings people closer without any interruption. Users can now make one to one or group video calls with friends, by inviting them on WhatsApp, Hike, Facebook or any other social platform to join the call.  n-gage has also moved a step ahead by the launch of its ‘Translate’ feature through which users can instantly translate their incoming and outgoing messages in over 45 languages.
With the advancement of technology and increasing number of social apps, privacy is a major concern for users today. To address this concern of privacy and security, n-gage has taken extra measures by introducing new ways to ensure privacy to suit the individual needs. n-gage is not only limited to messaging across other messaging apps, but allows users to express their emotions through the personalisation features added to ‘n-Cards’, ‘n-Stickers’ and ‘Doodle Plus’. Users can add text, audio or image to their n-stickers and n-cards, or handwrite or draw their messages to friends who use WhatsApp, Hike, Facebook, SMS, etc.
n-gage is a promising app that will revolutionise the way people communicate in today’s world. The app is available for use on Android, iOS, PC and tablet.


About n-gage (www.n-gage.com):
n-gage, a 360 degree Lifestyle chat- app was recently launched in India by Mr. Ajit Patel, CEO & Founder of n-gage. India is the first market for n-gage, a single app with features and functions that aim to change the way people communicate. It is the world’s first app that enables users with or without a Smartphone to make 1 to 1 or group video calls and send rich personalised messages across other social media and messaging apps.
Unlike other apps, as soon as the user joins, they can start sending rich personalised messages and have video calls with family and friends who do not have n-gage. Through features like n-Stickers, n-Cards, Chat Makeovers and more, users will be able to enhance their messages with rich personalisation. n-gage doesn’t stop here; it enables chats to stay private, with the app offering an expansive range of privacy features to suit individual needs. With features like ‘Schedule’, users will never miss out on an occasion or event. n-gage contains unique features like ‘Know’, which enables one to improve knowledge on lifestyle and health.


n-gage enables its users to connect with family and friends from around the world in over 45 languages. Users can share messages, doodles, and attachments on various other social platforms such as WhatsApp, Facebook, Emails and SMS, without requiring the other person to download the app. Also unlike other group chats, n-gage users can create groups with up to 300 participants from their contact list to enjoy multiple conversations under one group. With this, n-gage users can share multimedia files and even exit several group conversations without leaving the group. 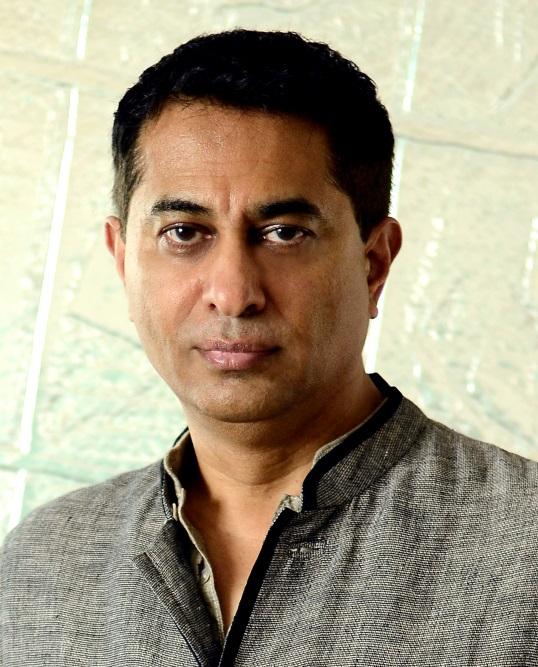 Mr. Ajit Patel, the CEO and Founder of n-gage began his entrepreneurial journey in the UK with a degree in Pharmacy. Ajit recently launched n-gage, the world’s first 360 degree lifestyle chat app that allows users regardless of a smartphone to make video calls across any other social media and messaging apps.
In mid-80’s, Ajit started his own retail pharmacy before venturing into the printing business where he gained considerable experience in marketing and outsourcing.  It is through his learnings, Ajit’s ambition of wanting to build an organisation that maintains people’s health and wellbeing became tangible. By 1989, he was Co-Founder, Chairman and CEO of Goldshield Group, one of the most successful pharmaceutical companies to be run by a person of Indian origin in the UK.

During the millennium, Goldshield was awarded as one of the the top 200 Best Small Companies outside US with $1billion or less in revenue by Forbes Global Magazine. Ajit was also one of the first people of Indian origin to list a company on the London Stock Exchange. He was awarded with the Omnicomm British Young Entrepreneur Award in 2000. Goldshield was delisted in 2009 and subsequently privately sold to Cinven in 2012 for over US $700 million. In 2002, Goldshield became the 4th most recognised healthcare brand in the UK according to Reader’s Digest.

Ajit’s strength lies in his ability to understand trends and how it may impact the consumer. Through his innate motivation to educate himself in the existing pitfalls of current technology and wellness trends, Ajit has pushed boundaries in n-gage’s development to bridge the gap between the current technology and wellness trends and consumer’s needs. Whether it is in his professional or personal life, Ajit has drawn inspiration from influencers such as Steve Jobs, Mahatma Gandhi and even the Hollywood fictional character Yoda to build businesses and understand people.

When he is not conducting operational, marketing or business strategy meetings, Ajit channels his energy into the artistic space through painting and photography.


Posted by orientpublication at Thursday, January 21, 2016
Email ThisBlogThis!Share to TwitterShare to FacebookShare to Pinterest