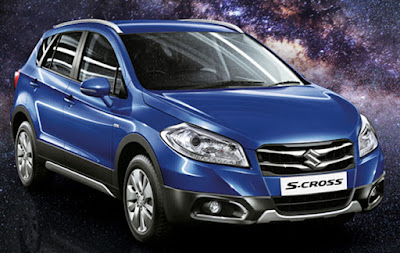 Mumbai: Maruti Suzuki India launched premium crossover S-Cross compact SUV at a glittering high profile event at a 5 Star Hotel in Mumbai. Starting at Rs 8.34 lakh, ex-showroom Delhi, the new car will be available at the Nexa network which has been introduced recently, across the country.

Built on a new platform, the S-Cross has features, including cruise control, rain sensing auto wipers, self-adjusting hydraulic clutch and rear seat recliner. With the aim of reaching an annual sales figure of 2 million vehicles, the country’s largest carmaker also announced that over 35 Nexa showrooms are already operational in 23 cities. The company has planned 100 such showrooms by the end of 2015-16. 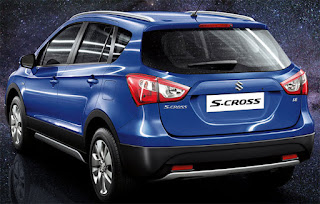 “Starting today, S-Cross will be available at Nexa outlets. We have 35 outlets operational today across 23 cities. We plan to have 100 showrooms across 30 cities by the end of this fiscal,” Maruti Suzuki India managing director and chief executive officer Kenichi Ayukawa said.
The company has no plans to export the newly-launched car as of now, executive director, sales and marketing RS Kalsi told reporters after the launch. “Currently, we will cater to the domestic demand,” he said.
The company and its suppliers have invested nearly Rs 600 crore in the development of the new vehicle, Kalsi said.
The S-Cross, which will sport diesel engine, will be available in two models, the DDiS 200 (1.3 litre engine) and the DDiS 320 (1.6 litre engine).
“We currently have a market share of 45% in the passenger vehicle segment. About 55% of the market is not with us. With the launch of this vehicle, we hope to increase our market share,” said Ayukawa.
“Our target is to sell 3,000-4,000 S-Cross per month,” he said. The company has received around 35,000 inquiries, said executive director Kalsi.
The S-Cross will compete with Hyundai’s sports utility vehicle Creta and Renault’s popular SUV Duster, which are priced between Rs 9.12 lakh and Rs 12.49 lakh (ex-showroom, Delhi) in diesel engine variants.
The company has struggled in the past to be as successful in big cars as it is in small cars. It has the Ciaz sedan in the big car portfolio. S-Cross is the first vehicle which would be retailed through Nexa showrooms and eventually Ciaz is also expected to be sold through the premium Nexa network.
Posted by orientpublication at Saturday, August 08, 2015
Email ThisBlogThis!Share to TwitterShare to FacebookShare to Pinterest