The first ever screening of the Arsenal Invincibles documentary in Asia 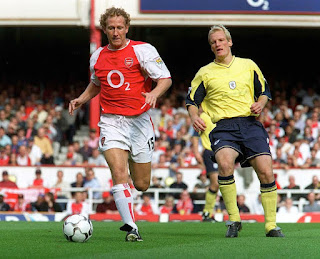 On 21st July, PUMA will be unveiling the new 2015/16 Arsenal home kits at Mehboob Studios, Mumbai, ahead of the first ever screening of the Invincibles documentary in Asia.  Arsenal legends, Ray Parlour and Sol Campbell, both of whom were an integral part of the Invincibles team, will  help to introduce the documentary and unveil the new PUMA Arsenal kits.

Adding further to the excitement, the Invincibles Trophy won by Arsenal following the  2004 unbeaten season will also be on display for the fans on 21st July.

The Arsenal Invincibles documentary will be screened twice for visitors and fans from on 21st July at 3.00 pm and 6.30 pm at Mehboob Studios in Bandra. To grab a seat at the screening, log into www.insider.in and book your passes now.

The Home Kit is available for pre-order before the launch www.in.puma.com and amazon.in
Posted by orientpublication at Sunday, July 19, 2015
Email ThisBlogThis!Share to TwitterShare to FacebookShare to Pinterest