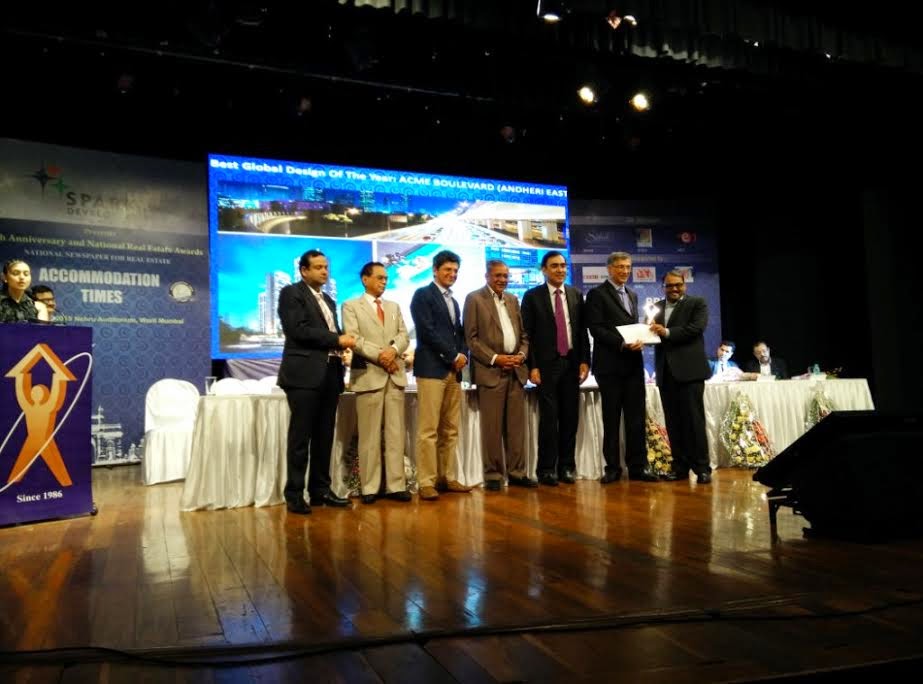 After being adjudged as the “Most Promising Upcoming Project of the year” in November 2014, Acme Boulevard has now been conferred with the “Best Global Design Award” and it’s another landmark project of Acme Ozone has received the “Best Project of the Year (MMR)” award for the second year in a row.

About Acme
Acme Group was established in the year 1976 and is driven by the conviction of bringing innovation and excellence to the real estate industry. The group has delivered nearly a 100 landmarks across the country and presently has over 4.5 million square feet under various stages of construction. Acme Group has been awarded with the ISO 9001: 2008 certifications for its uncompromising pursuit of excellence and high standards. Recently, Acme Group signed up Godrej as its sustainability partner, wherein all of Acme’s future projects will be LEED certified.

Acme has a land bank of over 300 acres and continues to ensure 100% adherence to construction norms. As a part of its CSR initiatives, the group has tied up with Habitat for Humanity and will contribute to the development of hygiene facilities across the country. Ever since its inception, Acme Group’s main focus has been to bring in new innovations in architecture and create a sense of trust among the stakeholders, including customers, investors, suppliers and vendors.” Acme Group strongly believes that excellence isn’t a destination, but a continuing journey and an enduring ambition. With a legacy of creating several acclaimed residential and commercial landmarks, Acme Group continues to be at the forefront of innovations in designing and architecture,” emphasized Mr. Doshi.
Posted by orientpublication at Friday, April 03, 2015