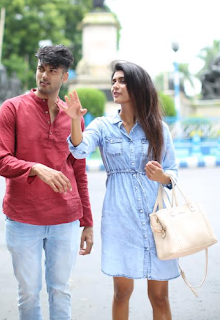 Mumbai : NDMPL, which is one of India’s fastest growing Digital Marketing Agency, prides itself for providing ‘result-driven digital marketing services’ to the country’s top brands such as, Future Group,  Aldo, Charles and Keith, Sypkar, Daniel wellington, Speedo, Reliance Jewels, Lee cooper and many more. They specialize in Influencer Marketing, Celebrity associations and Video Production.
What makes NDMPL stand out amongst its counterparts is the fact that the team keenly monitors the best opportunity and hits the market with the most interesting and grasping campaigns.

It’s that time of the year in Kolkata, where Pujo is celebrated with great vigour and pomp. Hence the idea was to own Pujo completely on the Instagram Stories space.

Owning Instagram stories as a concept and celebrating the spirit of Pujo and everything that’s ‘quintessentially Kolkata’ and conceptualizing and executing the campaign - Pujo Fashion love stories was the most exciting... It’s a first of its kind concept bringing the fashion love stories to live on IG stories while making the audience a part of it, engaging with them throughout.

Natasha Saraogi – Director NDMPL who spearheads the team with her strong marketing acumen says that “ At NDMPL we try to break conventional marketing and always bring in something new, keeping that in mind, we conceptualized the complete fashion love story in a very interesting way , building the Intrigue and keeping the audience engaged and unveiling PUJO fashion at the same time in a way that was never done before. The idea was to excite the digital audience, while they Tap on Instagram story feature to unfold every Pujo Fashion Love story, and thereby making India Thoda aur Stylish!”
Posted by orientpublication at Saturday, September 21, 2019