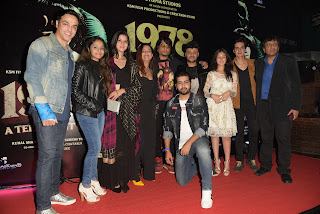 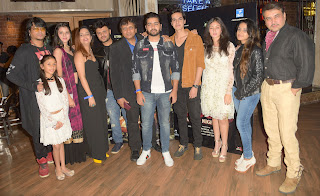 1978 – A Teen Night Out
A Supernatural Horror Thriller In Hindi

The film has been co-produced by Spotlights Creation and is being distributed by Utopia Studios, worldwide.

“1978” is a racy, supernatural, terrifying, suspense story that promises keep the hearts of its viewers thumping, right from the beginning till the last scene.

While the songs are completely composed with a retro feel of the 70s, the USP of the film is that all the songs are actually sung by the actors of the film. By sheer coincidence, during auditions, Suresh Thomas of Crescendo films discovered that some of the actors are brilliant singers. He then decided to create the entire music score using the voices of the actors themselves. This is possibly the first time this has ever been done in any Hindi Film.

Kunal  Shamshare  Malla states , “1978 is a brilliantly made slick horror thriller which is Hollywood films of the same genre.”

Director Aziz Zee says, “With films like Stree , Pari and Ghoul  being widely appreciated , we can be sure that “1978” is bound to draw crowds to theatres. “

Re-live 1978 with a dash of Horror!
Posted by orientpublication at Thursday, September 13, 2018
Email ThisBlogThis!Share to TwitterShare to FacebookShare to Pinterest