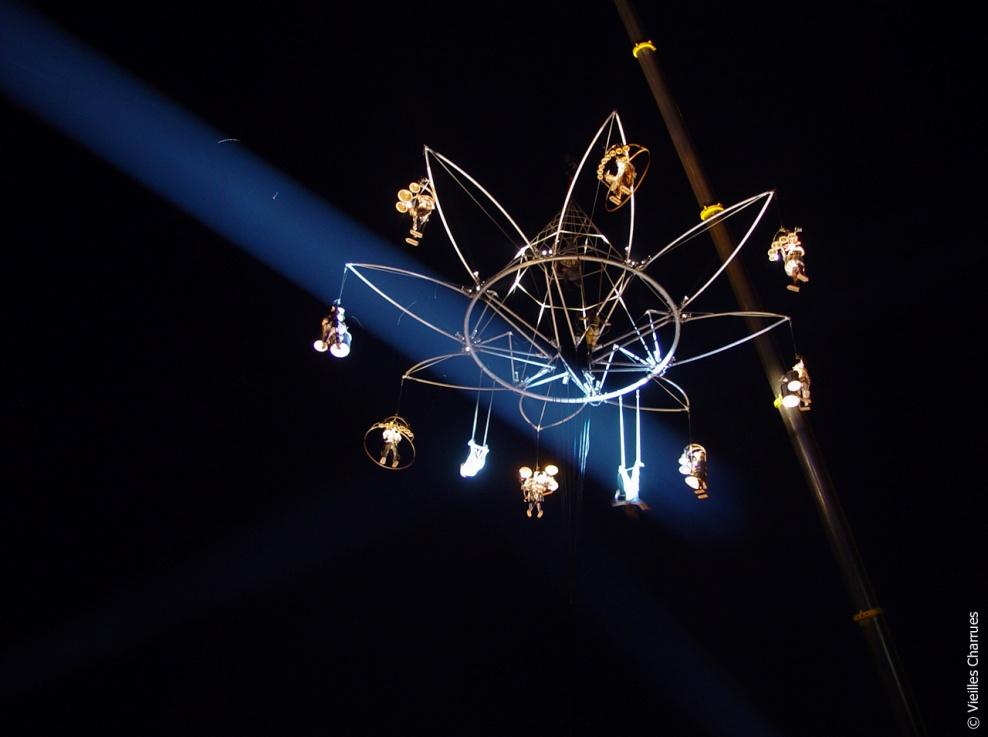 Following the launch of Bonjour India - incubating dreams, ideas and projects which aim to move the partnership between India and France into the future, Institut Français en Inde / French Institute in India brought to Delhi an event that left audience awestruck on February 24, 2018  at Indira Gandhi National Centre for the Arts. It was a spectacular performance, with the French company Transe Express presenting an aerial performance entitled Celestial Carillon, inspired by childhood memories of the carillon, or a music-box with an automatic set of bells. This event was the part of the National School of Drama 8th Theatre Olympics, with the support of Indira Gandhi National Centre for the Arts and was produced by Seher.

Bertrand de Hartingh, Curator General, Bonjour India said, ‘France has an expertise in Art in public spaces and we are very excited to share this amazing experience with the Indian audience. It was a spectacle for one and all. It took the streets over by storm, and is sure to be remembered for a long time to come!’

Since 1987, French performance company Transe Express has been entering the maze of the cities, playing with their articulations and has been surprising passers-by. To bring art outdoors and turn the city into stage, Bonjour India brings Transe Express to India with Celestial Carillon, an aerial performance inspired by Calder that combines theatre, music and fine arts. This performance will cross childhood memories of a carillon – a music-box with an automatic set of bells – with grand outdoor fairground rides. A bewitching orchestra of 17 bell-ringers and aerialists will be lifted 55 meters skywards in this magical concert and performance where audiences face artists and the machinery of the carillon is confronted with the surroundings of the city.