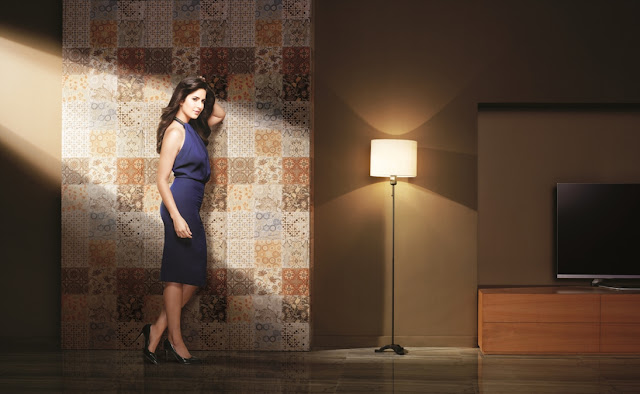 
Mumbai, September 2017: It's not easy to live in India if you're one of the millions of people who are differently-abled. There are not enough ramps for wheelchairs; the pavements are utterly unfriendly to people who are blind, public transport buses and taxis don't have special facilities and there are a millions of other problems that the differently-abled people face every day in India. H&R Johnson (India), India’s leading Integrated Lifestyle Solution provider offering tiles, bathroom products and modular kitchens, proudly launches the second phase of their “Red Ramp Project” to spread awareness in order to make India accessible for the visually impaired with the use of tactiles in public spaces. This Campaign is a second initiative of the “Red Ramp Project” executed in 2015 by Johnson Tiles.
Conceptualized by Soho Square, the campaign features Adwait Marathe, a person who is blind since birth yet is an established actor, singer and a theatre personality in real life. He portrays how tactiles help him commute independently in his daily life. The campaign is about instilling self-confidence in the minds of the visually disabled to be able to move around independently with the support of better infrastructure across the country. This campaign will hopefully nudge every individual to contribute in some small capacity starting by looking at the public places around them with sensitised eyes.
Supporting the initiative as the Goodwill Ambassador of the campaign Actor Katrina Kaif said “The Tactile campaign by H&R Johnson can impact a lot of lives in a beautiful way. I am very happy to be associated as a Goodwill Ambassador of the campaign and we can all collaborate with the authorities to make India more accessible for the differently-abled. Together we can become the face of change.”
There are 37 million blind people across the globe of which 12 million are in India. Johnson Endura Tac Tiles is one innovation from H&R Johnson’s portfolio which are laid in public places to provide cues combined with information to assist visually challenged people to commute independently and to make India access friendly.
Mr. Ketan Trivedi, Senior General Manager Marketing – H&R Johnson (India), says “H&R Johnson is known for bringing our innovations in products and we also strongly believe in being a socially responsible entity & contribute to the welfare of the society at large. The first step towards bringing any change is to create awareness. Over 2% of our country’s population suffer from some form of disability. Of the 37 million blind people in the world over 12 million are from India. . The Government of India’s Accessible India Campaign is a very noble campaign that aims for achieving universal accessibility for Persons with Disabilities (PwDs). The “Red Ramp Project”   is a small step from us for raising awareness for the need to make India access friendly for our differently-abled brethren. We hope this “Red Ramp Project” enables people and other organisations in India to sit up, take notice and contribute in their own ways towards making our country access friendly”
The entire campaign has been conceptualised and shot by Soho Square. Anuraag Khandelwal, ECD and Creative Head, Soho Square (Mumbai), said, “We always knew that the “Red Ramp Project” couldn’t be a one-off initiative. We had to follow through. And that’s when tactiles came into the picture. After months of research and meetings with the visually-impaired, we realised that for some, even a fifty metre journey is akin to climbing a mountain. And that became the driving force behind the current TVC. It’s not the disability that stops them, but the lack of appropriate infrastructure that doesn’t allow them to live their daily lives independently."
Johnson Endura Tac Tiles has also been laid down in a number of places across the country. It has been used in majority railway stations in Mumbai such as Bandra & Mumbai Central railway stations, Bangalore, Hyderabad & Kochi Rail Metro projects to name a few in order to provide differently-abled people easy access across the cities.
To ensure involvement and garner support for this initiative, H&R Johnson has created a portal www.redrampproject.org to seek support to make public spaces access-friendly for the disabled. This portal will also act as a one point contact for people to connect across social media platforms and increase conversation on the topic.

Posted by orientpublication at Wednesday, September 20, 2017
Email ThisBlogThis!Share to TwitterShare to FacebookShare to Pinterest