THE 18TH EDITION OF IIFA WEEKEND & AWARDS IN NEW YORK IS ALL SET TO BE THE GRANDEST CELEBRATION OF INDIAN FILM, MUSIC, FASHION AND DANCE FROM 13TH – 15TH JULY 2017 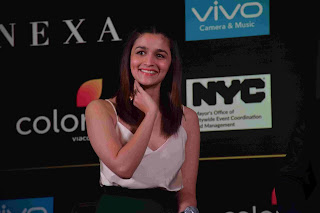 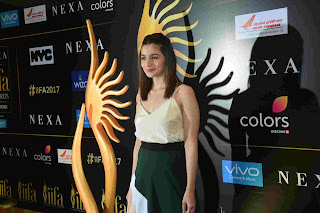 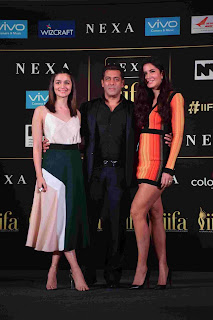 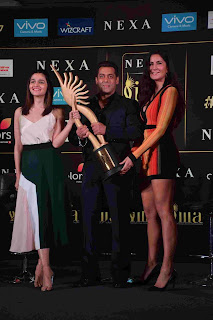 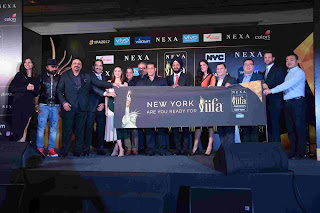 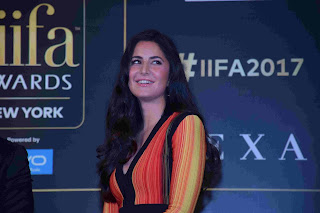 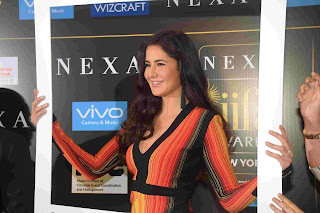 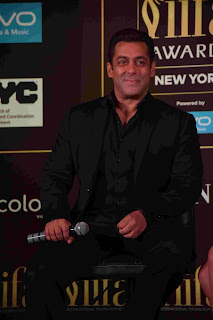 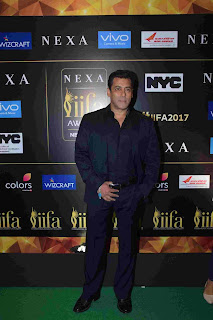 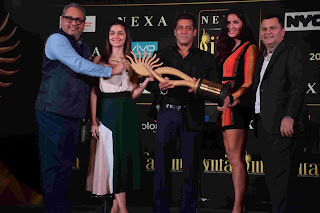 ·         IIFA Rocks 2017 – The show will celebrate 25 years of A. R. Rahman in the industry and is set to feature a never-before-seen medley of musicians that includes A. R. Rahman, Diljit Dosanjh, Benny Dayal, Javed Ali, Neeti Mohan, Jonita Gandhi and Haricharan Seshadri

·         The IIFA Global Voting is available for the global audience to participate in the voting process and will be open till 18th June 2017
·         IIFA has announced a nation-wide contest in USA, along with Bollyshake.com
o    Contest is open from June 1 to June 30
o    Participants can submit their entries on Bollyshake.com and the winners get a chance to dance on the IIFA stage as part of one of the acts

Mumbai, 1st June 2017: The International Indian Film Academy (IIFA) announced the 18th Edition of the most spectacular celebration of Indian Cinema worldwide that will be hosted in the city of New York, from 13th – 15th July 2017 this year! The NEXA IIFA Awards Powered by VIVO is among the most coveted and highly anticipated award celebration that honors the very best of Indian Cinema with the highest level of achievement seen through the glamorous IIFA statuette.

The NEXA IIFA Awards will air exclusively on COLORS – the Broadcast Partners, with the Title Sponsor NEXA, Official Airline Partner- AIR INDIA and Powered by VIVO.

Commenting on the occasion, Salman Khan says, be “It always feels great to be a part of the IIFA Movement and I look forward to the 2017 IIFA Awards.”

Katrina Kaif added saying, “I’m really excited and looking forward to performing at the IIFA Awards this year. It is such a great platform that not only showcases the celebration of cinema globally, but also it’s a great opportunity for us to reach out to our fans worldwide. I am excited that this year, it is happening in one of my favorite cities – New York!”

Speaking about her debut performance at IIFA, Alia Bhatt shares, “I am very excited to be a part of IIFA 2017, as this is going to be my debut at the IIFA Awards after 5 years in the industry. I am super excited that IIFA is being held in the beautiful city of New York. IIFA is all about togetherness and the celebration of the Indian cinema globally and I eagerly look forward to this celebration”.

IIFA Rocks has always been a star-studded affair with a mélange of glitz, glamour and star power. It is a celebrated global event that has been growing each year. This year, IIFA Rocks will celebrate 25 years of A. R. Rahman in the industry. The show is set to feature a never seen before medley of musicians that includes Diljit Dosanjh, Benny Dayal, Javed Ali, Neeti Mohan, Jonita Gandhi and Haricharan Seshadri. IIFA Rocks will be hosted by the charismatic duo Riteish Deshmukh andManish Paul.

With the excitement growing across the world, people can now get that hot seat for the spectacular 2017 IIFA Weekend & Awards at New York events to be hosted at MetLife Stadium as tickets are LIVE to the general public available online only atticketmaster.com or by calling (800) 745-3000 or by simply clicking the ‘Buy Tickets Tab’ on the official IIFA website http://www.iifa.com/. Fans can also purchase the tickets at MetLife Stadium Box Office (Box Office hours:  M – F, 11am – 5pm). For VIP Club Experiences, e-mail us at vipclub@iifa.com. IIFA has a special treat for its fans, “The Double Dhamaka Offer”. Get two shows for the price of one. Buy any IIFA Awards premium seating tickets for Ground Level and Level 100 seats and get free tickets to IIFA Rocks.

The International Indian Film Academy recently announced the list of winners in the Technical categories of India’s most prominent awards celebration. Leading films Ae Dil Hai Mushkil, Pink, Fan, Sultan, Kapoor & Sons, Mirzya and Sultan took home the prestigious IIFA Statuette as they were awarded for their excellence in the technical field.
The popular category nominations are available for the global audience to participate in the voting process. The IIFA Global Voting went LIVE on 20th May 2017 and will be open till 18th June 2017.  The final winners of the IIFA Awards are revealed on the night of the Awards ceremony. The results are surrounded by secrecy and the credibility of the voting process is one of the key parameters of this prestigious award.
Wizcraft International Entertainment Pvt Ltd, known for pioneering many extravagant and mesmerizing events in India and across the world, conceptualized IIFA 17 years ago, by the creative genius of the trio of masterminds - Andre Timmins, Viraf Sarkari and Sabbas Joseph. The vision was to celebrate Indian cinema outside India; and IIFA (International Indian Film Academy) the flagship brand is the accomplishment of that dream. IIFA is dedicated to building bridges across cinema, businesses, communities and nations, creating everyone’s dream: “One People. One World”. The journey over these past 17 years has seen the brand evolve from a one night affair to a weekend, which celebrates and hosts various events and activities related to cinema, business, culture, music and fashion. Hosting a variety of events during the weekend IIFA helps bring together a global community of people from all walks of life.

Speaking on the occasion, Wiz Viraf Sarkari Director- Wizcraft International, the producers and creators of the IIFA movement, says, “It is amazing to see the excitement growing as we move closer to the biggest IIFA ever. For the first time in the Big Apple, IIFA will be a truly memorable experience for the audience with a mix of music, dance, culture and cinema. Capturing the very best of India with the use of world class production and a lineup of some of the most sought after Bollywood celebrities, IIFA promises to be a great show at the spectacular MetLife Stadium. We are grateful for all the support and cannot wait for fans to see the Bollywood extravaganza come to life in July!”

Ambassador Riva Ganguly Das, Consul General of India said, "I am delighted that IIFA is coming to New York this year. This is an extremely timely initiative and will no doubt help in giving further visibility to Bollywood in this lively cultural capital of the world. Bollywood films speak a universal language which everyone across cultures and languages can relate to.  I am sure New York will be dazzled by the glamour, sheer beauty, charm and power of our films and what they stand for."

Speaking of the association, R. S Kalsi, Executive Director, Marketing & Sales, Maruti Suzuki said,
“It's really exciting to take our relationship with IIFA into its 3rd year. It has been a tremendously exciting year so far. We launched IGNIS, our car for the millennial generation, at the beginning of the year. It is truly a unique car with unique design. And then we brought CIAZ, our premium sedan into NEXA. Just like IIFA which is the most premium and spectacular celebration felicitating excellence in Indian cinema at a global stage, we are delivering a plethora of exciting customer experience to a premium and global audience. NEXA today is more than an automotive brand. It represents a lifestyle that seeks new and premium experiences.”

Delighted at the association, Vivek Zhang, CMO, Vivo India, said, “We are thrilled to have partnered with the most coveted platform representing Indian cinema globally. As a global smartphone brand, we constantly try to connect closely with our target audience in different parts of the country. We believe that the popularity of India International Film Awards (IIFA) is a splendid opportunity for Vivo to strengthen connect with the right audience and create a strong brand recall. Our latest offering in the Indian market is a step ahead in our endeavor to revolutionize the selfie phenomenon.”

On bringing forth another delightful IIFA experience to the global viewers said Raj Nayak, Chief Operating Officer, Viacom18, “COLORS and IIFA’s association has only strengthened with each passing year. Like always, this year too we promise to bring to our viewers spread across 140 countries the beauty and magnificence of Bollywood through a stunning event that will redefine entertainment. The team is putting tremendous efforts to deck up MetLife Stadium and pamper our stars as they join us to partake in this festivity. The acts, the technology, the presentation, the arrangement everything is going to be world class as we commit to create another beautiful memory for everyone.”

Coinciding with the launch of Air India’s new Non-Stop flight between Delhi and Washington DC from July 07, 2017, IIFA is holding its Weekend and Awards event at New York from July 13-15 2017. Air India has associated with IIFA as its Official Airline Partner for the above event. Commenting on its partnership, Mr. Pankaj Srivastava, Air India’s Commercial Director stated, “Both IIFA and Air India are true ambassadors of India’s rich cultural heritage and are in the business of connecting people and regions around the globe, creating bridges to enhance tourism and business opportunities at either end.”

IIFA continues on its journey with strength to grow every year in the world of entertainment and building the outreach as a major event globally to bring positive results and impact. This year is set to be one of the biggest, most extravagant and amazing IIFA Weekends to date. Keep up to date with all the latest news and details on IIFA by logging on to www.iifa.com or checking out the social media handles:
Facebook – https://www.facebook.com/IIFA/
Twitter- https://twitter.com/IIFA
Instagram – https://www.instagram.com/iifa/
Posted by orientpublication at Friday, June 02, 2017
Email ThisBlogThis!Share to TwitterShare to FacebookShare to Pinterest