The Lallantop.com partners exclusively with Facebook for the upcoming UP Elections The first Lallantop Show at Agra a hugehit! 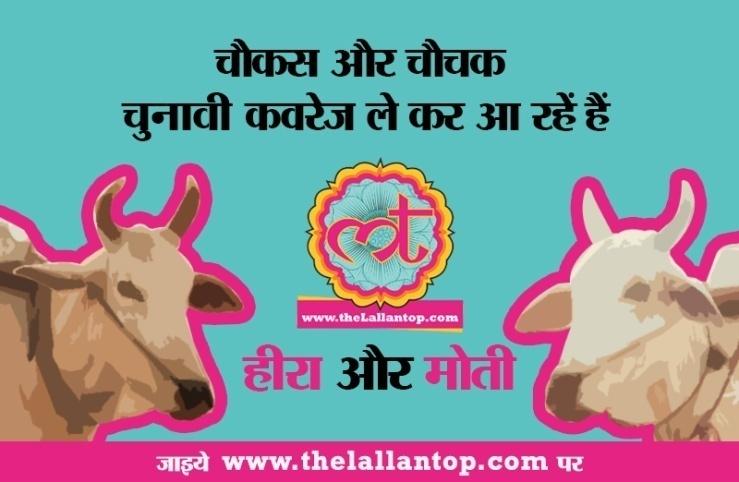 New Delhi, 9th February, 2017—After making a mark in the digital world of news &media, TheLallantop.com has partnered with Facebook to cover UP Assembly Elections exclusively for the first time in India. This initiative is seeing social media and technology giving colour to the colloquial conversations around elections from the heartland of Uttar Pradesh. And, the grand success of the first ‘Lallantop Show’ at Agra on 8th February, 2017 says it all.


Through this partnership with Facebook, TheLallantop.com is doing interactive on groundshows in cities across Uttar Pradesh. No standalone news website—Hindi or English— has ever done on-ground events like The Lallantop Show, and that too, in 5 cities—the show has already been a hit in Agra, the next show will be in Bareilly on 11th February, Lucknow on 16th February, Gorakhpur on 26th February and Varanasi on 5th March. The show will starts at 5pm and will have 4 sessions per city. Each session will have different talk shows such as music party, political tales, importance of voting, people manifesto etc.  Celebrities will also be participating in the TheLallantop Shows and their presence will, no doubt, add zeal to the event.


Commenting on the partnership, Kalli Purie, Group Editorial Director, Broadcast & New Media, at the India Today Group, said, “We are glad to be part of what marks the coming together of news and social media streams. TheLallantop.com has brought a fresh approach to election coverage with its unique narration and original content and we believe that this association with Facebook, which hosts the largest community in the world, will give people interested in UP assembly election a completely new platform to air their views, engage and interact with authentic content.”


On the unique tie up, Ankhi Das, Public Policy Director, Facebook India, South & Central Asia - ‎Facebook, said, “Our mission is to make the world more open and connected and that includes connecting people with their governments and those who seek to represent them. Millions of Indians on Facebook have been interacting with the candidates and talking about what issues concern them the most. We are pleased to partner with TheLallantop.com as they tour Uttar Pradesh for the elections to encourage conversation which is at the heart of a vibrant democracy and use Facebook which is the platform for these conversations.”


TheLallantop.com is doing a special line-up for the elections by engaging 2 co-branded vehicles—Heera&Moti which are dividedinto 2 teams covering entire Uttar Pradesh during upcoming Assembly Elections.The team is doing Unique Election Stories from at least 300 Assembly seatsand detailed ground reports from 72 districts of UP in two chariots. The first team left from Noida on 27th January and will cover Baghpat, Saharanpur, Meerut, Moradabad, Bareilly, Lucknow and Gorakhpur. The other team also left from the same place on the same day to Bulandshahr, Aligarh, Mathura, Agra Banda, Allahabad and Varanasi.
The seven-phase election team will be on the ground for 40 days continuously.  Both teams, Heera&Moti, will go LIVE on Facebook every day. Facebook LIVE will connect with people through TheLallantop.com.  In addition, various social activities will be done by Heera&Moti team and quiz, contests, competitions will keep happening to increase engagement with audience.
TheLallantop.com sets multiple records!

Posted by orientpublication at Friday, February 10, 2017
Email ThisBlogThis!Share to TwitterShare to FacebookShare to Pinterest