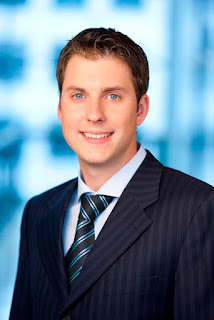 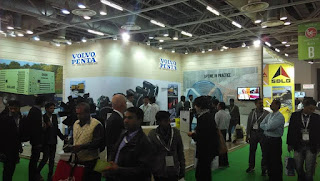 Mumabi 28 November 2016:  We are pleased to announce that the BAUMA CONEXP INDIA 2016 is going to be held at HUDA grounds in Gurugram / Delhi from December 12 to 15. Numerous big names in the industry already signed up for BAUMA CONEXPO INDIA 2016. The show will set the perfect backdrop for those dealing with construction & construction equipment sector to gauge the current mood of the market along with finding the right mix of attendees to interact and deal with under a perfect ecosystem at the venue.
What makes India lucrative for Construction Sector?
In the recent past, the Indian government has been taking steps to bolster its banking and financial sector, ensuring favorable policies ensures ease of doing business in India and bringing in uniform tax code among other things to keep the Indian economic growth on track and bring in fresh set of investments into the Indian market. In recent past, reports have indicated India as the fastest growing economy in the world with 7.5 percent to 8 percent growth. Even agencies such as S&P Global Ratings feel the Indian growth story is pretty solid. It has praised the Indian government’s handling of the economy and its effort to push for the growth potential as well.
But in order to sustain this growth, India needs to focus more into its infrastructure sector. As per the last union budget, the Modi government has committed to increase spending on total infrastructure investment by 22 percent over the next two years. The Indian government and international development banks are making billions available for new roads, bridges, sea and airports, as well as railway and energy projects. In fact the Indian Union Minister for Road Transport and Highways and Shipping, Mr. Nitin Gadkari has indicated that the government will line up Rs. 25Lakh Crore for the highway and shipping sector over the next five years.

Why does such a show matter to the Indian and Global market?
According to the Construction Equipment and Building Material Machinery Association within the Verband Deutscher Maschinen- und Anlagenbau (VDMA - German Engineering Federation), India is currently the only Asian country able to point to a growing construction machinery market. Infrastructure development is commonly held to be the driving force behind this development. Even the German foreign trade and inward investment agency, Germany Trade & Invest (GTAI) data, expressway construction in India in 2016/17 is to be expanded to 15,000 km compared with 6,000 km the year before. With a view to current conditions and all currently foreseeable factors, the British market research company Off-Highway Research arrives at a very favorable forecast for the next five years as well. It envisages the approximately 55,000 construction machines the analysts expect to be sold in India in 2016 climbing steadily to more than 71,000 units by 2020. The top sellers, with a combined market share of over 90 per cent in 2020, are expected to be backhoe loaders, crawler excavators, mobile cranes, mobile compressors, compactors and wheel loaders.
This means for all those who are connected to Infrastructure, Construction & Realty sector, a show of this nature not only helps you to various exhibitors, but also helps you engage with Industry experts, Associations and overall our visitors. The will help you gauge the momentum that is building up in this sector.
We are already overwhelmed with the response we have been getting from our stakeholders so far. In fact, expressing his delight with the response from exhibitors, Mr. Igor Palka, CEO of bC Expo India, which organizes BAUMA CONEXPO INDIA said, “We have registrations from big names like ACE, Ajax Fiori, Ammann Apollo, ASTEC, BAUER, BKT, Case, Caterpillar, Columbia Machines, Haulotte, Herrenknecht, JCB, Kobelco, KYB Conmat, Liebherr, Linnhoff, Liugong, Macons, MAN, Marini, Masa, Potain, Putzmeister, Puzzolana, Sany, Schwing Stetter, Soilmec, Topwerk, Wacker Neuson, Volvo , and Wirtgen, XCMG for the show.”
Even on international level, the interest in the show remains unbroken as Mr. Igor Palka points out: “Joint booths from China, Germany, Italy, North and South America as well as Spain are already currently registered. A total of 28 countries will be participating at the event.  That clearly shows how important BAUMA CONEXPO INDIA is for international companies.”

The India growth story too has had a positive impact on our show. Over the years, BAUMA CONEXPO INDIA has been getting bigger and our footfalls and audience too have widened with every successive show. This has had a direct impact on our need for bigger venue. Hence as a part of our expansion plans we are now organizing the 4th edition of the show at HUDA Ground / Sector 29 Gurgaon. The Venue will provide us with a total area cover of 150,000 square meter space. The new venue also offers the visitors and an exhibitor an easy access to the show.
The Gurgaon Exhibition Venue is just 20 minutes away from the Domestic and International Airport. This is expected to provide relief to those visiting Delhi just for the show immediately. The venue is located closely to numerous hotels ranging from high end to budget hotels at very close vicinity. They too are well connected by roads and public transportation. In fact the IFFCO Chowk Metro Station is just next to the ground. Above all the sheer size and the experience of working on this venue is going overwhelming for us as well as our visitors alike. The December Expo is expected to showcase around approximately 700 exhibitors and will receive around 30,000 plus business visitors.

Messe München
With more than 40 trade fairs of its own for investment goods, consumer goods and new technologies at the Munich site and abroad, Messe München is one of the world's leading trade fair organizers. Every year, more than 30,000 exhibitors and around two million visitors take part in the events at the trade fair site, at the ICM - International Congress Center Munich and at the MOC Event Center Munich. Messe München also organizes trade fairs in China, India, Turkey, South Africa and Russia. With a network of associated companies in Europe, Asia and Africa, and with over 60 representatives abroad for more than 100 countries, Messe München has a truly global presence.
Association of Equipment Manufacturers (AEM)


The North American association AEM represents the interests of the manufacturers of commercial and off-road vehicles on an international level. Based in Milwaukee, Wisconsin, the association has offices in Washington DC, Ottawa, Canada and Peking, China. AEM represents over 850 companies from the agriculture, construction, forestry, mining and supply sectors. AEM is the joint owner or organizer of various internationally recognized trade fairs including CONEXPO-CON/AGG, one of the world's most important meeting places for the construction and construction material industry.
Posted by orientpublication at Saturday, November 26, 2016
Email ThisBlogThis!Share to TwitterShare to FacebookShare to Pinterest