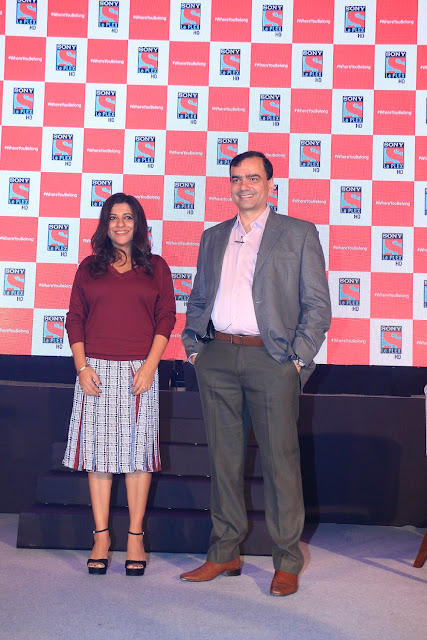 Movies have traditionally been conversation starters and with the advent of Social Media they have become an important common ground for people to connect and engage. Sony Le PLEX HD will be a premium hangout for movie lovers to connect over great movies. The channel will be catering to a varied set of audiences owing to its diverse range of movies.


SPN has strategic deals with some of the best international studios in Hollywood, making Sony Le PLEX HD’s library the most exciting in the English movie category. Sony Le PLEX boasts of 400 plus movie titles that include 200 award winning movies with over 500 awards to their name. In their Le Premiere slot, Sony Le PLEX HD will showcase Indian Television Premieres of movies like Spotlight (Academy Award winner for – Best Motion Picture and Best Original Screenplay for 2016), Ex Machina, Foxcatcher and Straight Outta Compton, amongst others. The Magicians slot will showcase the movies and the magic that happens behind the camera of critically acclaimed movies such as The Inglourious Basterds, Schindler’s List, Taxi Driver, Gladiator, Philadelphia and many more.


With such a strong line-up of movies, the channel’s endeavor will be to go beyond just showcasing its library. The channel will create an ambience for movie lovers to unwind and converse over their favorite movies. Sony Le PLEX HD will bring alive a true ‘Plex-experience’ on the television sets through their unique channel packaging and slot names like ‘ The Night Show’ ‘The Noon Show’ & ‘ Le Premiere’.


The channel has partnered with the talented Writer and Director, Zoya Akhtar. With a common passion for great cinema and storytelling Sony Le PLEX HD and Zoya Akhtar will together create a community of quality cinema lovers. As the community ambassador for the channel, her role will be to reach out to all movie lovers and build a tribe that appreciates good cinema. Zoya will also be seen actively engaging with movie buffs across various social media platforms owned by the channel.

“The growth of Hollywood cinema in India has resulted in segmentation of audiences into two distinct categories. One, being the mainstream cinema offering action and special effects movies, while the other is the non-mainstream cinema that focuses on the storyline, plot and the acclaim of the movie. The market for non-mainstream cinema is currently underserved in our country and Sony Le PLEX HD aims to cater and own this segment. The channel will not only showcase critically acclaimed films but also build an ambience around them in a way that enables great conversations and will help create a common ground for people to build a community of quality movie lovers.”

“Great movies and great storytelling is what I constantly chase and this is exactly what Sony Le PLEX HD has to offer. It's that perfect space where movie lovers, including me, can interact with each other over their favourite Hollywood movies. Sony Le PLEX HD has an exhaustive list of quality and acclaimed films and the top three that come to my mind are Foxcatcher – which is awesome, Spotlight which is an academy award winner and Ex Machina. The channel is not just about showcasing great movies but will also create a community of movie lovers who will drive great conversations around movies. I am glad to be the Community Ambassador for Sony Le PLEX HD and co-create this community of people like me who simply love watching good movies. It is indeed the perfect hangout for all movie lovers.”


Tune - in to Sony Le PLEX HD for a true plex-experience!


Posted by orientpublication at Thursday, August 25, 2016
Email ThisBlogThis!Share to TwitterShare to FacebookShare to Pinterest