TRAVIS KALANICK TO VISIT IIT-BOMBAY for a session on ‘ENTREPRENEURSHIP’ 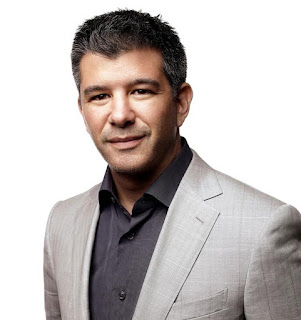 Travis Kalanick, Founder & CEO of Uber, the fastest growing start-ups in the world, will be in Mumbai on Tuesday, 19th January 2016 at 3.30pm for a keynote address and a fireside chat with Mr. Ronnie Screwvala, Indian entrepreneur and philanthropist at the Indian Institute of Bombay – Powai, as part of his three-day visit to India.

Travis’ talk titled ‘How to Build a Business like an Engineer’ will involve stories from Uber’s journey, learnings from his entrepreneurial journey through the years and what it really takes to build the world’s fastest growing company. The session is expected to see an attendance of over 2500 students, start-up enthusiasts and local entrepreneurs.

This is the maiden trip he is making to India to participate in the launch of Prime Minister Narendra Modi's ambitious Start-up India programme in Delhi on January 16. Kalanick, who is on a three-day visit, will deliver a keynote address on entrepreneurship at the event.


As a student at UCLA, Travis founded Scour, the first peer-to-peer search engine. He later expanded on the concept, forming Red Swoosh, an enterprise content delivery platform, which was eventually acquired by Akamai Technologies. While visiting Paris for LeWeb in 2008, Travis and friend Garrett Camp dreamed of pressing a button on their smartphones one minute, and riding away in a reliable and stylish ride the next. Uber launched a year and a half later, in June 2010 in San Francisco.


Under Travis’ leadership, Uber has grown from an exclusive San Francisco-based service to an application used by millions of riders and hundreds of thousands of drivers worldwide. Uber has transformed the fabric of those cities, increasing affordable and reliable transportation options, delivering unmatched earning potential to drivers, reducing drunk driving rates and powering local economic activity. Where some people see dead-ends, Travis finds detours and new solutions to old problems. That approach is revolutionizing the way people move, work and live in cities around the world.


Uber is evolving the way the world moves. By seamlessly connecting riders to drivers through our apps, we make cities more accessible, opening up more possibilities for riders and more business for drivers. From our founding in 2009 to our launches in hundreds of cities today, Uber's rapidly expanding global presence continues to bring people and their cities closer.

Posted by orientpublication at Wednesday, January 13, 2016
Email ThisBlogThis!Share to TwitterShare to FacebookShare to Pinterest