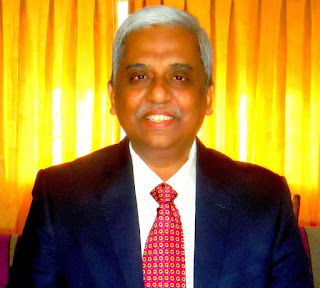 Shri Mayank K. Mehta assumed the charge as Executive Director of Bank of Baroda on 22nd January, 2016.  Prior to his elevation as Executive Director of Bank of Baroda, he was General Manager and Chief Financial Officer (CFO) at Union Bank of India.
Born on 12th September, 1958, Shri Mehta holds a Bachelors degree in Science from South Gujarat University and is also a Certificated Associate of Indian Institute of Banking and Finance (CAIIB).
Shri Mehta started his career in Union Bank of India in 1977 and rose to the position of General Manager in October 2012.  He has held wide range of responsibilities in various capacities before his elevation as General Manager of Union Bank of India. Mr. Mehta, an expert in International Banking, has also been instrumental in technological development of the Bank and successful implementation of Core Banking Solution of the Bank.
Mr. Mehta was a Director on the Board of Union KBC Asset Management Company Private Limited, the Bank’s subsidiary. He was also a Director on the Board of KITCO Limited (formerly Kerala Industrial and Technical Consultancy Organisation Ltd.) between years 2010-12.

Posted by orientpublication at Tuesday, January 26, 2016
Email ThisBlogThis!Share to TwitterShare to FacebookShare to Pinterest