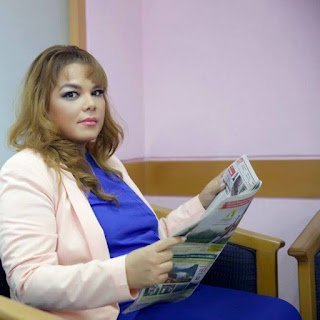 Hollywood filmmaker Nandita Singgha better known as Michelle abroad is presently working on her Hollywood Gujarati flick RED as this RED Trailer will release this Gandhi Jayanti. Nandita had promised at a Press Conference held in Pune in June that she would even take Marathi Cinema to the global level. In spite of an extremely busy schedule, Nandita has lived up to her word and has officially announced her Marathi movie titled J DEY which will have have an international appeal but with a Marathi essence to portray the greatness of Maharashtra and the emotional connect of Marathi journalists with the masses. Thus Nandita is all set to make her debut in Marathi cinema with J DEY movie with a novel concept with this story as Writer and Director as she pays tribute to Journalism of Maharashtra and their patriotism. She has even picked up her team after thorough research and analysis since its a very emotional story of how journalists lead their day to day lives and how their families adapt to the insecurity, hazard and threat to their lives. After being made in Marathi J DEY movie will be later dubbed in Hindi and English to reach out to the audience not only in India but in Hollywood and other countries too.

This subject is very close to Nandita Singgha’s heart and she will showcase how lakhs of journalists are jobless but due to their passion and inner drive they remain the social heroes of the society. She firmly believes that to portray any story loaded with emotions, there is no language barrier in terms of Story & Screenplay. The actors are in the process of being finalised as per the script demand since it’s a very hard hitting social drama genre film. The J DEY trailer of this movie will be launched on Republic Day, 26th January 2016 and will be webcasted worldwide! This film J DEY is dedicated to all the Journalists and their families as they are the soldiers against crime.

Posted by orientpublication at Saturday, August 15, 2015
Email ThisBlogThis!Share to TwitterShare to FacebookShare to Pinterest