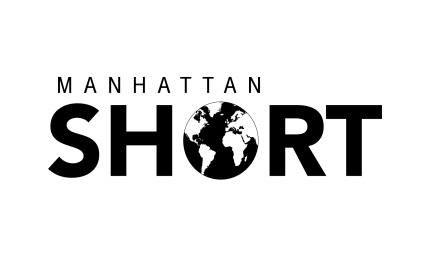 Into its sixth year in Mumbai, Manhattan Short is looking for short films and documentaries that showcase India’s potential at the international finale


Mumbai, June 2015: It is that time of the year when Manhattan goes India! Into its sixth edition in India (globally in its 17th edition), Manhattan Shortis back on Indian soil with a global opportunity for talented Indian film-makers. The coveted film festival has given a call forentries to submit films and documentaries by July 31, 2015. Championing the voice of the Short Film genre along with Manhattan Short, is Vivanta by Taj which has been associated with the festival in India for the last twoyears. India’s alternate content pioneer and aggregatorPocket Films has also joined hands to power this edition.


Started on a modest scale in its early days in 1998 by founding director Nicholas Mason, Manhattan Short is now known the world over for showcasing andcelebrating global short film talent. True to its motto ‘one-world-one-week-one festival’, Manhattan Short clocks hundreds of entries from across the world and celebrates the spirit of creativity and competitiveness based on utmost merit.Having made its place on the Manhattan Short map since 2010, Mumbai too offers unmatched international exposure to budding Indian film-makers.


Giving wings to the creator’s imaginations, this year’s entries can span any subject that the participating film-makers can present cinematically within 18 minutes. The film movement that commences now will culminate in a six-day festival across the world held between September 25 and October 4, 2015. Unlike its other festival contemporaries which comprise a jury, Manhattan Short is fuelled with the voice of the audience. The viewers who come in to watch the screeningscan visitwww.manhattanshortindia.com and vote for the films they find worthy of representingIndia in the global top 10. The 10 final entries will be screened across Manhattan Short venues around the world including Mumbai. Even the eventual winner will be decided by audience voting.


Championing the voice of the Short Film genre along with Manhattan Short is Vivanta by Taj which has presented the festival in India for the last two years. India’s alternate content pioneer and aggregator Pocket Films has also joined hands to power this edition.


2014, saw Vivanta by Taj envision and initiate the “Vote for India” initiative in partnership with Manhattan Short India. The brand invested in and conceptualised the forum of a dedicated “Live broadcasting and screening” microsite that brings the Manhattan Short

Films and young film makers and their works to an online stage. A live screen on which you can upload films, watch films and vote for them (www.manhattanshortindia.com).


The initiative seeks to discover young short film-makers in India and help them win the Manhattan Short Film Festival. A top spot at the festival opens up new doors of opportunities for film-makers and puts their names among the best in the world. This model frees up opportunities, makes the forum truly national, allows film makers to showcase their work online and without handicaps while viewing audiences and online traffic see, vote and plump for their favourite films – live. A dynamic, democratic stage.Vivanta also encourages the winning film makers of the India Chapter by awarding them brand projects. This is a format that effectively engages the “time is premium” socially connected and digitally wired audiences of today.


“The Vote for India live screen microsite initiative and Vivanta’s distinct take on the art of “short story” telling is in line with the brand’s world of curious discoveries and whimsical surprises and connects strongly with its audiences. The initiative has seen Vivanta’s fans and followers on social media take to it heartily. The brand will present a live webcast of the festival which allows fans to watch and vote for their favourite films online apart from watching some talented Indian short film makers display their craft,” said ManojeetBhujbal, General Manager- Marketing, Vivanta by Taj – Hotels and Resorts.
“Manhattan Short India has earned a pedestal where participants and audience alike anxiously wait forthe festival. The India chapter is our tireless endeavour to bring out best Indian film talent in front of the most discerning film lovers, shared Mr Anil Sadarangani, Festival Director of Manhattan Short in India.Nicholas Mason, founding Festival Director adds, “This year’s edition is all set to take thecompetitive spirit to new heights. May the best Indianfilms win and make it to the global top 10 this time!”
“The short film genre is making its presence felt as a powerful medium for creative expression in today’s times. A huge credit goes to Manhattan Short for kick-starting a global short film revolution. Pocket Films’ vision perfectly syncs with Manhattan Short India’sand here we are, lending full support to its sixth edition. Our treasure hunt continues for India’s most promising young talent in the short film-making space” said SaameerMody, Managing Director, Pocket Films.
Year after year, Manhattan Short’s India chapter has been nothing short of extraordinary. With a heady mix of master classes, film screenings, workshops and other activities, it has attracted film lovers and iconic media professionals alike for a week-long celebration of short films. The organisers have deliberately raised the bar this time with a single-minded objective to see an Indian film reach the global platform and win this year’s Manhattan Short Film Festival. The entry rounds as well as the final screenings expect cinema lovers and participants in India, new and old, to rush in for the sought after sixth edition.
As in the past the first three winners of the India chapter will win a chance to make a short film for VivantaByTaj. Also one of the winners will win an air ticket to fly to the Manhattan


Short Film Festival in New York. Pocket Films will also offer distribution opportunity to all entrants for their films.
For the novice and the passionate, this call for entries could well be a gateway to the vast world of films and creative expression.


Discover Vivanta
Work hard and play hard. Relax and energize. Ideate and confer. Evolve and transform. Revel in a spirit that presents the normal with an unexpected twist.Stylish and sophisticated, Vivanta by Taj delivers experiences with imagination, energy and efficiency.
Currently comprised of 30 hotels and resorts in India and the Indian Ocean region, Vivanta by Taj is represented across key metropolitan capitals as well as popular holiday destinations like Goa, Kerala, Rajasthan, Sri Lanka and the Maldives.Vivanta by Taj offers an imaginative, vivacious and stylish take on hospitality. With innovative cuisine, energetic spaces, unique Motifs™, distinct Avatars™, the smart use of technology and experiences that seek to constantly engage, invigorate and relax, it appeals to the cosmopolitan world-traveler immersed in a sensory lifestyle.

Posted by orientpublication at Wednesday, June 10, 2015
Email ThisBlogThis!Share to TwitterShare to FacebookShare to Pinterest