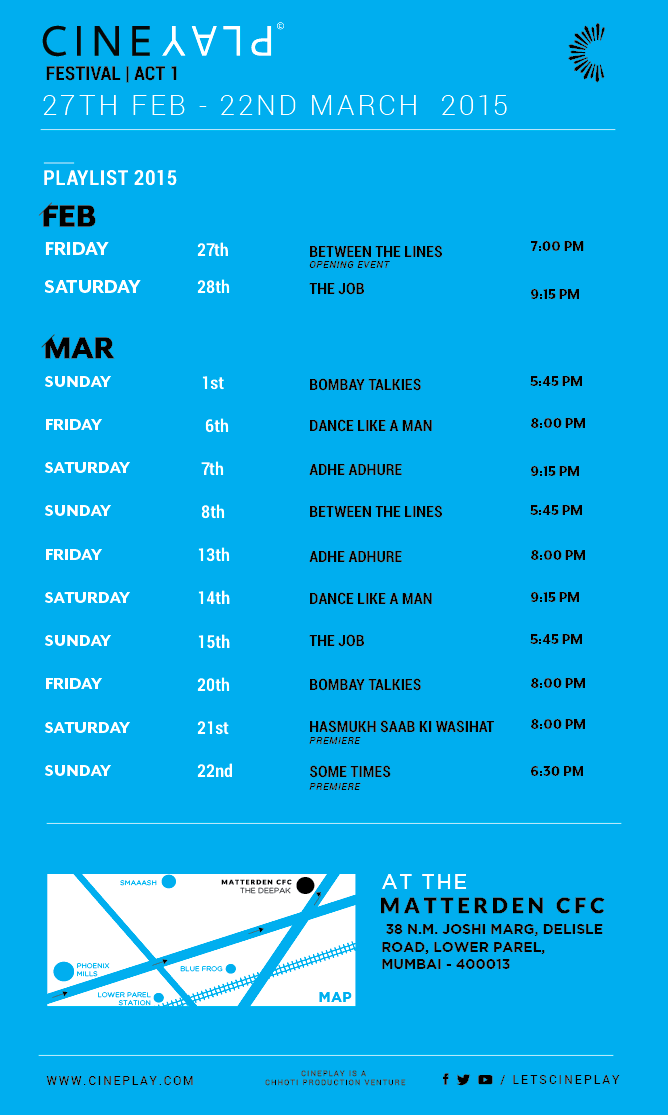 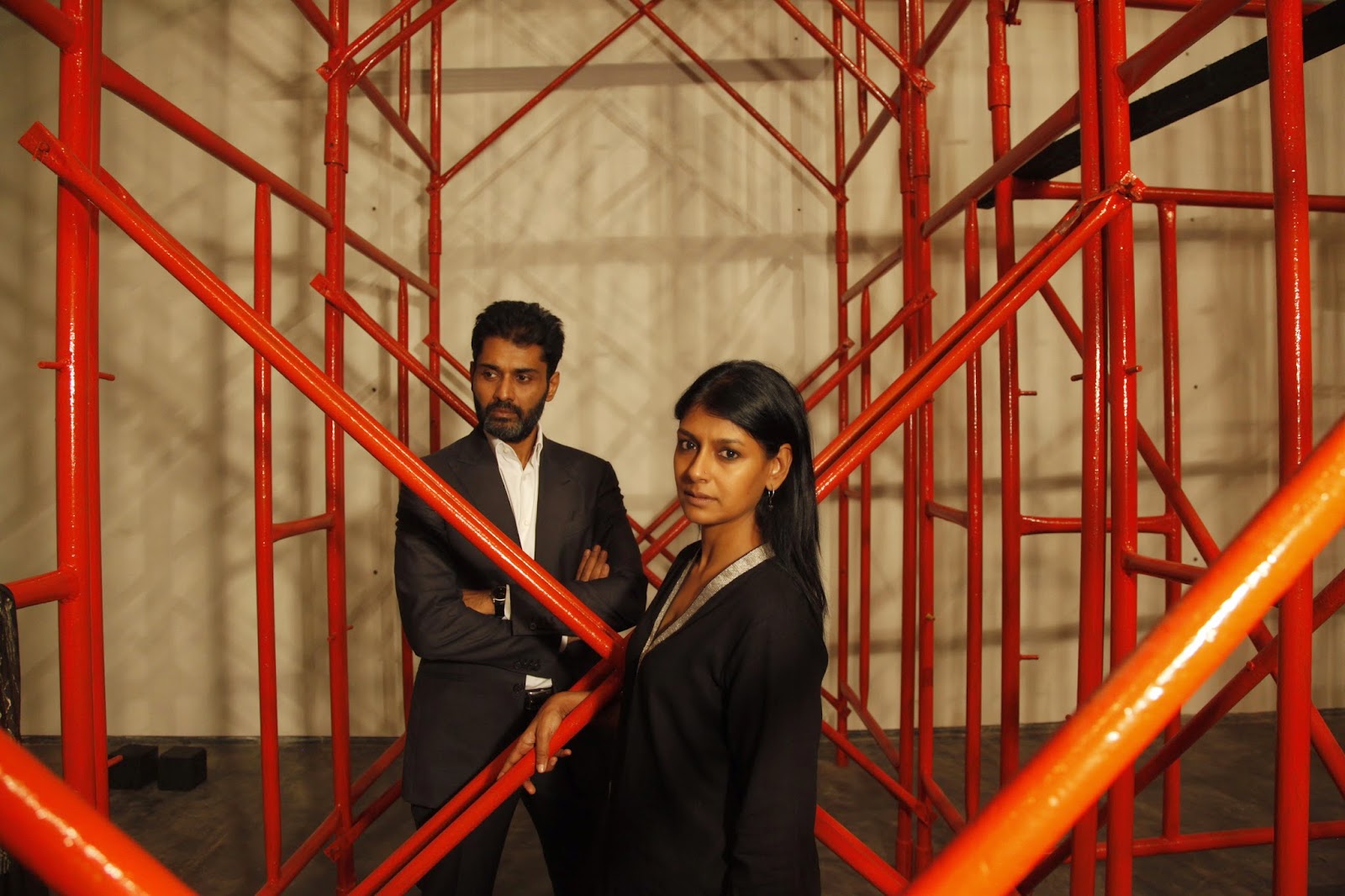 Mumbai, February 25th, 2015:  Following through on the promise of presenting a new genre of cinema adapted from the best in Indian theatre to a larger audience, CinePlay has teamed up with the Matterden Center For Creation (CFC) to celebrate the anniversary of its first release. CinePlays will be regularly exhibited at the latter’s newly-renovated 480 seat theatre in Lower Parel.
Matterden CFC is India’s first international film center and aims to provide an opportunity for Indian audiences to experience alternative content unlike none other.
This association, the CinePlay Festival Act 1, will set the stage for the first theatrical release of CinePlays beginning on Friday 27thFebruary 2015, with the critically acclaimed CinePlay Between the Lines. It features Nandita Das and her husband and founder of CinePlay, Subodh Maskara, and has had incredibly successful screenings both in India as well as internationally, recently enthralling audiences at Museum of the Moving Image (MoMI) in New York and Yale University.
CinePlay’s current catalogue features some of the most exalted theatre productions in India such as Mohan Rakesh’s Adhe Adhureand Mahesh Dattani’s Dance Like A Man, starring some of India’s leading theatre personalities including Lillete Dubey, Mohan Agashe, Vijay Crishna, Ira Dubey, and Suchitra Pillai.
“The coming together of Matterden and CinePlay is the beginning of a new chapter in this exciting journey of creating a new genre of entertainment,” said Subodh Maskara, CEO and founder of CinePlay. “The experiment to blend cinema and theatre has received an overwhelming response from the audiences both in India and abroad, and I believe that Matterden is the perfect partner to reach out to a discerning audience.”
Nandita Das, co-founder of CinePlay, added, “When I started writingBetween the Lines, I had no idea that it would inspire Subodh to create this unique format of CinePlay. It has been a personal dream to have a theatre dedicated to quality cinema and Matterden sure promises that.”
Pranav Asher, founder of Matterden CFC, remarked, “Matterden CFC is a modern day cultural centre, with a focus on path breaking creatives and concepts. CinePlay has set an extremely high creative benchmark for alternative entertainment and it is definitely something we want the audiences to enjoy.”
CinePlay Festival ’15 Act 1 runs from February 27th - March 22nd, 2015.
For further information on the schedule of the release, visitwww.cineplay.com or follow the updates onwww.facebook.com/letscineplay
CinePlay Festival’15 Act 1
ABOUT CINEPLAY
CinePlay is an initiative of Chhoti Production Company Private Limited, a boutique production house focused on creating alternative content. Founded by entrepreneur, Subodh Maskara and co-founded by noted actor Nandita Das .
CinePlay is a “new genre” of cinema that delicately blends the grammar of theater and cinema to create an exciting new format of storytelling.
Currently with 7 productions completed and another 12 in the pipeline, the firm's vision is to bring forth strong stories from theatre in a cinematic form to audiences worldwide. The CinePlays are currently presented across the country and internationally at various venues, in addition to its dedicated VOD platform www.cineplay.com
ABOUT MATTERDEN CFC
Matterden CFC (Center For Creation) aims to break the barriers of conventional movie watching and renewing the experience with Creativity, Computation Clarity and Surprise. Matterden CFC will engage people through a collaborative film viewing, incubating and filmmaking platform, secret screenings, workshops, discussions, and help upcoming filmmakers with technological know-how and support on various films.  Not just limited to exhibition of films, it is a place where creation is ready to happen. For us, it is the absolute beginning of the M-theory.
Posted by orientpublication at Friday, February 27, 2015