~Organised by Wadhwani Foundation along with Center for Strategic and International Studies(CSIS) and the Ananta Centre~
~Aimed at strengthening economic relations between India and U.S. ~
~Policy makers, business leaders and external stakeholders came under one roof to review the existing agenda for economic engagement, shape this agenda, and offer ideas for new areas of engagement~
~Shri. Arun Jaitley, India’s Hon’ble Finance Minister was the keynote speaker at the event~ 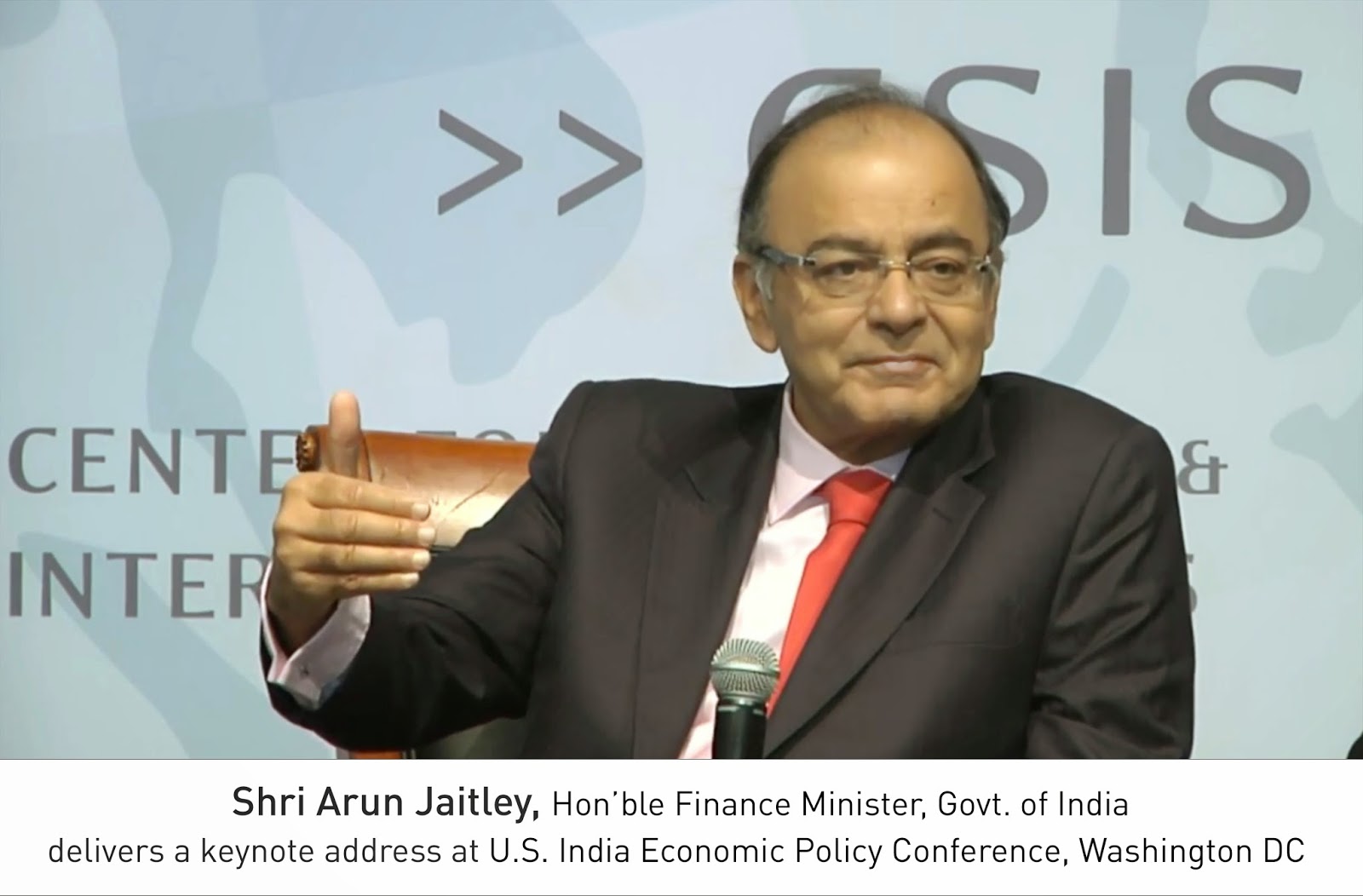 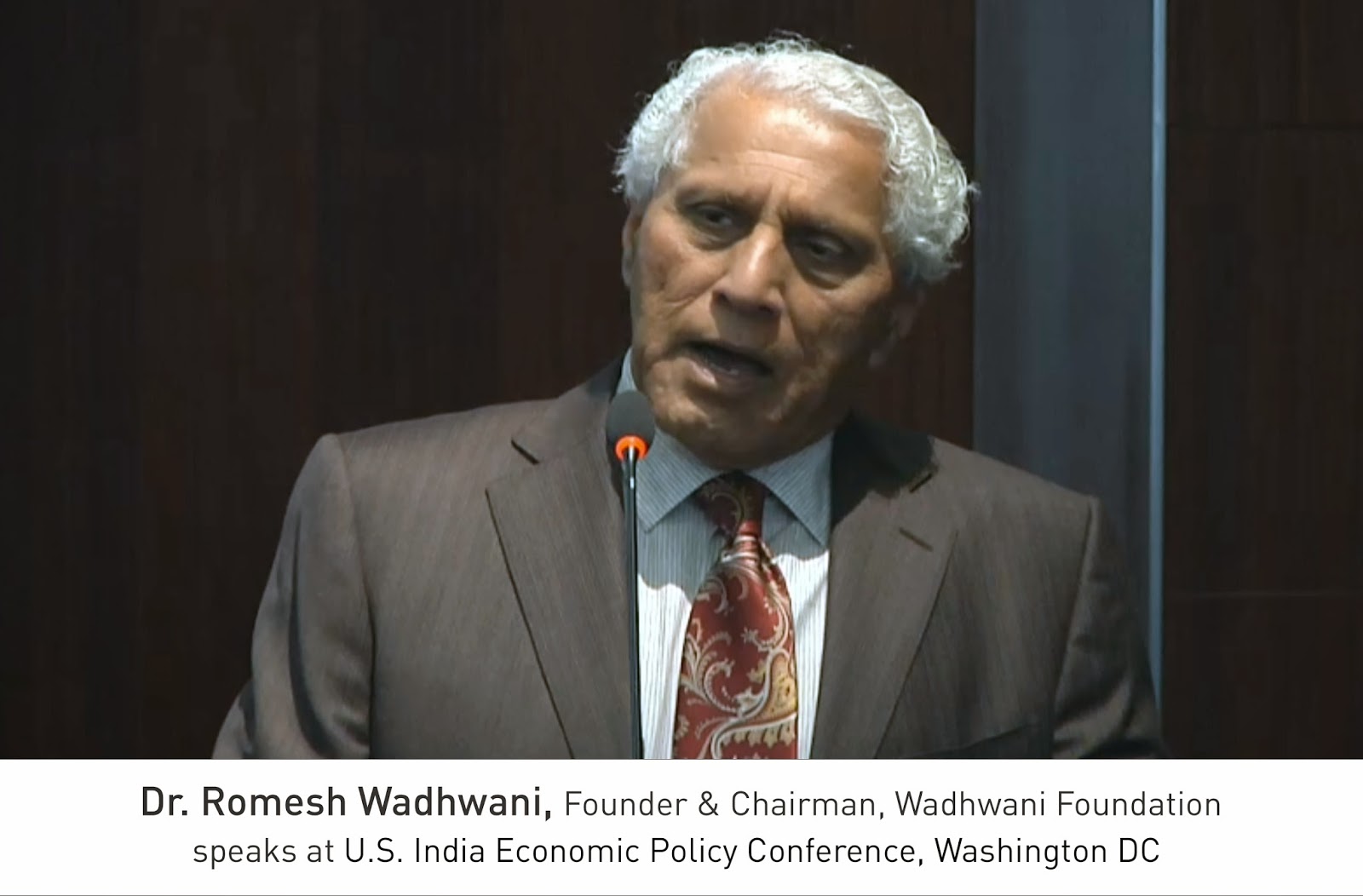 Washington, D.C, 16thApril 2015: Today, the Center for Strategic and International Studies, the Wadhwani Foundation, and the Ananta Centre organized an economic conference to assess some of the emerging areas of bilateral economic engagement.  The conference brought together critical experts, both inside and outside of government, to look at the scope for cooperation in key initiatives such as “Make in India,” “Smart Cities,” and “Instilling Skills for Growth”.Business and government leaders provided perspective on India’s business environment, the changes since Prime Minister Narendra Modi took office, and what policy reforms are necessary to unlock greater trade and investment. The event concluded with the first U.S. address by Finance Minister Arun Jaitley since his government took office last year.

Delivering a keynote address at the conference, Shri. Arun Jaitley, India’s Finance Minister said, “Our emphasis is on manufacturing because that’s where the jobs are going to be. The roadmap that Govt. has laid for itself is to open the door for investment. Recently we have taken the steps of opening up the defence, insurance, real estate, mining, coal and railway infrastructure and the next stage is to ease up our systems and taxation so that investing in India becomes more attractive. I am reasonably confident that these developments in manufacturing and infrastructure will lead to a double digit growth in coming years, from a projected 8% growth this year. Also, our skill development programme has just started and it’s the success of this program which will take us in the direction of generating a huge workforce with a large potential for employment”.

Other speakers noted the strengthening of bilateral ties between the U.S. and India following the Narendra Modi-led NDA government’s victory in May 2014 and discussed the steps taken to increase market access for foreign firms, specifically by increasing foreign equity caps in sectors including defence, insurance, pensions, and railways.

Also highlighted was the level of foreign investment into India increasing steadily amid the two governments’ pledge to increase bilateral trade five-fold to $500 billion.

During his closingremarks, Dr. Romesh Wadhwani, Chairman and CEO, Symphony Technology Group, and Founder and Chairman, Wadhwani foundationsaid, “Everyone is impressed with the progress we have made in the last ten months since the new government came to power. India needs to create in excess of 25 million new jobs over the next 5 years. However,practical reality is that in theprevious 5-7 years we have only created 2.7 million net new jobs though there were huge shifts in the unorganized sector between agriculture and construction. One of the many ways to increase job creation in India is increase co-operation with U.S and there is an opportunity to double the FDI from US to India. Perhaps we can set a goal of total FDI to India of USD $75 billion in five years and come up with specific industry by industry initiatives to drive this growth. From Indian perspective more can be done to promote innovation in small businesses because this is the biggest growth and job driver.”
Achieving the dramatically higher levels of trade and investment remained a subject of uncertainty andIndia’s IT-enabled services exports to the United States, American natural gas exports to India, and defense trade were seen as sectors where much higher trade flows are expected in the future.Beyond these areas, key points from the conference included the need for the governments and private sectorto:

1.       Find areas for commercial collaboration.
2.       Highlight and undertake related reforms to unlock collaborations in these areas.
3.       Facilitate the resultant trade and investment opportunities.

Other topics included India’s manufacturing competitiveness, the influence of state-level politics, and the role of the private sector in financing and delivering sustainable urban development.

About Wadhwani Chair on India U.S. policy at the Center for Strategic and International Studies (CSIS):
The Chair is a leading bi-partisan policy “think tank” in Washington, D.C, aiming to accelerate India U.S. economic activities. Given India’s growth potential and demographic dividend, both India and U.S stand to benefit by a focused policy initiative that drives economy-oriented reforms. Impacting policies to accelerate India-U.S economic activity is a key focus area for the Chair, by way of a shared vision and a policy framework for economic acceleration.
Posted by orientpublication at Saturday, April 18, 2015