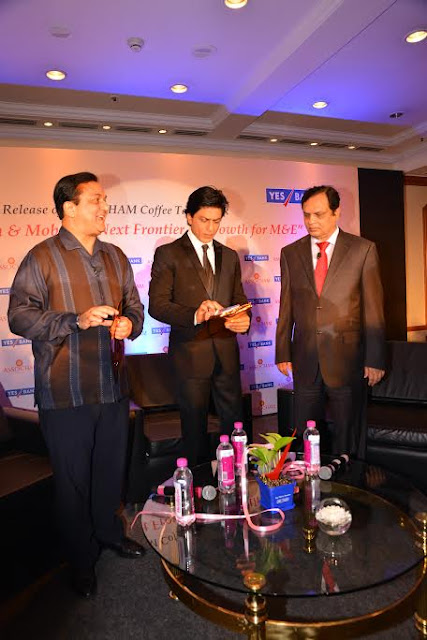 The Report provides key insights on evolving trends, challenges and future opportunities across Broadcasting Digitization, the Film Industry and Mobile Entertainment segment. Organizations in the Indian Media and Entertainment industry are poised for substantial growth in the coming years. The growing demand for content consumption from Tier II and Tier III cities will enable the entire Media & Entertainment value chain to connect with, engage and monetize India’s strongest asset – our youthful demographic.
Speaking at the launch, Mr. Rana Kapoor, President, ASSOCHAM and MD & CEO, YES BANK said, “The Indian Media & Entertainment industry has undergone a positive transformation with better content generation, mobility & digitization and growth in new media, resulting in an exemplary shift in consumer behavior and media consumption patterns. Recent regulatory interventions such as, the increased FDI limit in the broadcast distribution platforms like cable TV networks, DTH, head end-in-the-sky (HITS), mobile TV and radio, will continue to be key enablers for growth of this industry.”

Mr. Venugopal Dhoot, Past President, ASSOCHAM and Chairman & MD, Videocon Industries said “SRK  is our “Brand Ambassador” & it is our proud privilege that we have been associated with him since long. Referred to in the media as the "Baadshah of Bollywood", "King of Bollywood",  "King Khan" has huge fans across the globe. He is one of the world's biggest movie stars".  As a human being he is kind hearted person with multifaceted virtues. I am sure his upcoming movie “Dilwale” will break all the records of Bollywood movies”.

With the rise of internet users in to 200 million currently, the impact of digital technology on media consumption has already demonstrated the power of the Internet to disrupt linear traditional media.

The Media & Entertainment industry which was estimated to be at INR 1,026 billion in 2014 is projected to grow at a CAGR of 13.9% to reach INR 1,964 billion by 2019. With the advent of Central Government augmenting initiatives such as “Make In India” and “Digital India” will further help to achieve substantial growth in the coming years.
Posted by orientpublication at Wednesday, November 25, 2015
Email ThisBlogThis!Share to TwitterShare to FacebookShare to Pinterest