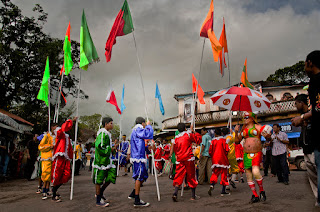 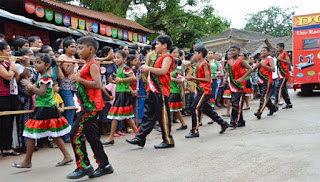 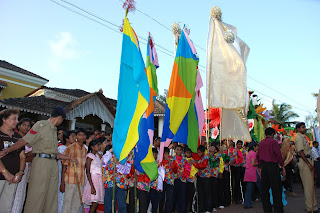 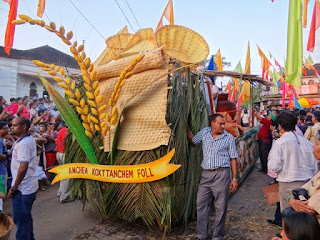 Panaji | August 12, 2015: Goa is all set to organize the Bonderam festival, which is celebrated in the island of Divar, located 12 kms from Panjim city, on the fourth Saturday of August. This year the festival falls on August 22, 2015.

The name Bonderam originates from ‘Bandeira’ – the Portuguese word for flag. During the Portuguese rule there were frequent disputes between the villagers on the Divar island over property issues. Thus the Portuguese introduced a system by putting up flags to demarcate the boundaries.

The otherwise laidback island of Divar comes alive on the day of the Bonderam festival. The day begins with a Flag Parade from the main Divar junction, which is accompanied by a Brass Band. After this the Bonderam festival is officially declared open. Later in the day there is a fancy dress competition followed by the traditional float parade and a live musical performance featuring the famous music bands of Goa. The festival begins close to noon and concludes late in the evening.

For more details check www.goa-tourism.com
Posted by orientpublication at Wednesday, August 12, 2015
Email ThisBlogThis!Share to TwitterShare to FacebookShare to Pinterest