Shirpur steals heart of the world’s most beautiful woman 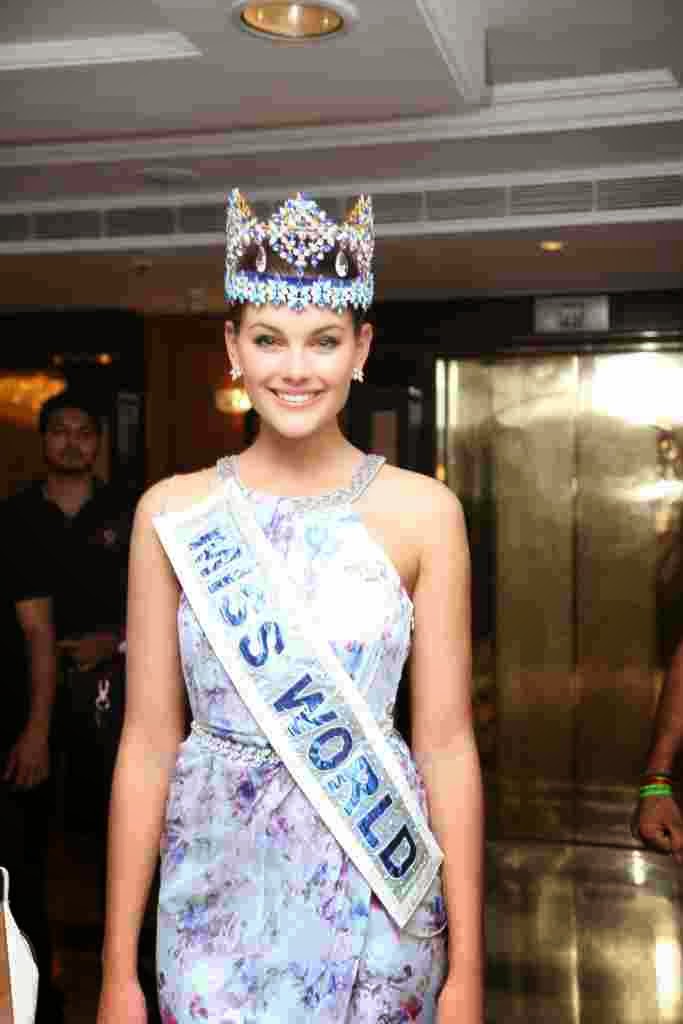 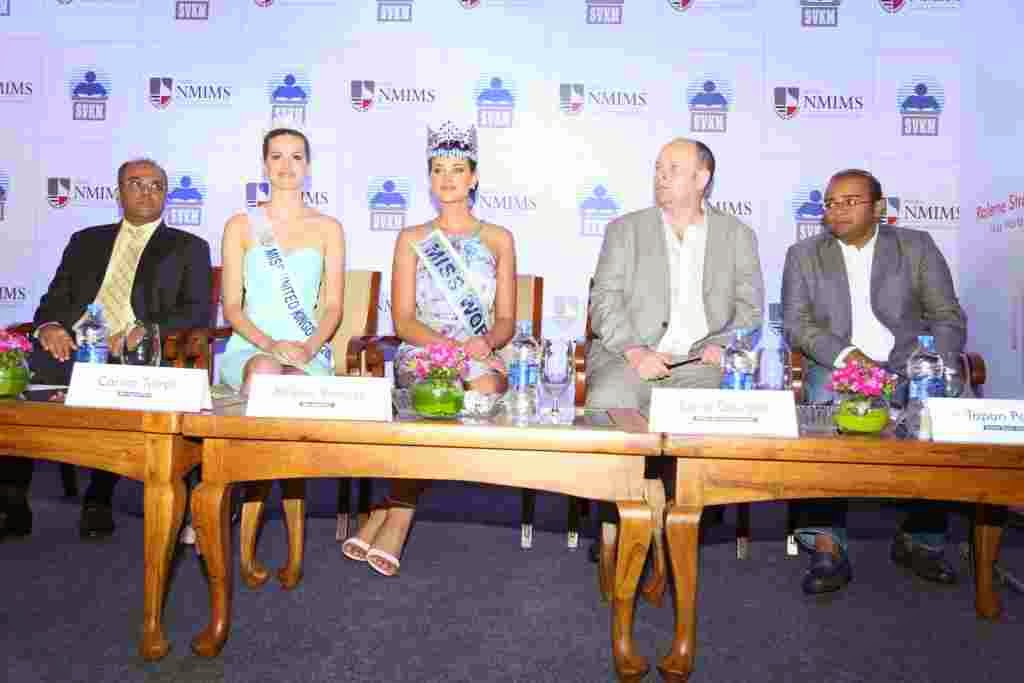 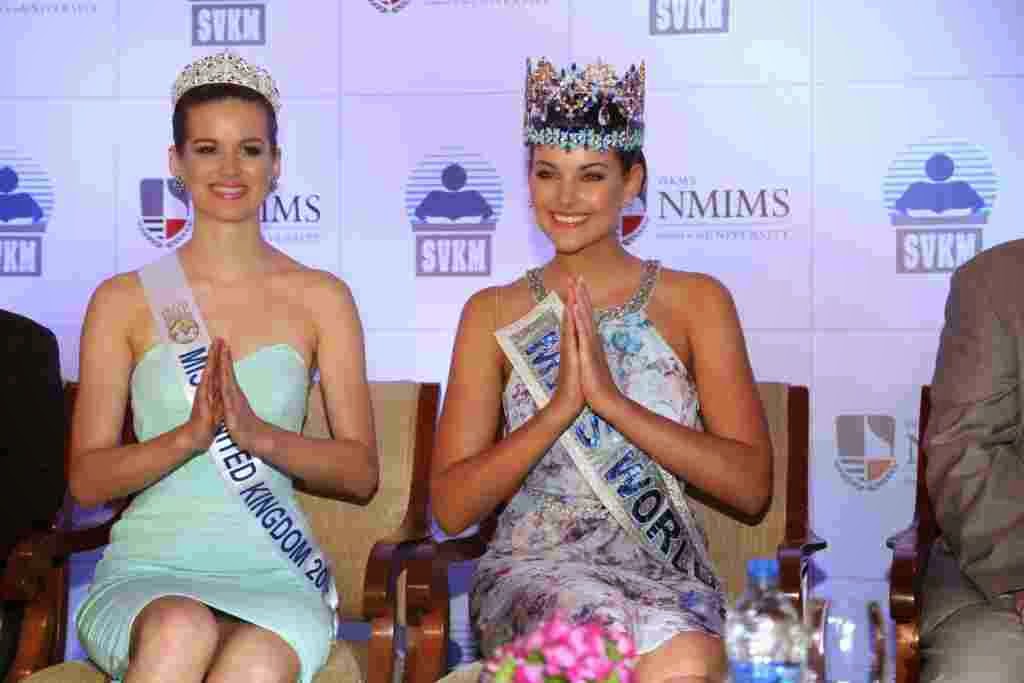 Mumbai, April 16, 2015:On seeing a small video on a little known township in Maharashtra – ‘Shirpur’ drove, Miss World Organisation, Chairwoman, Ms Julia Morley to experience this initiative which showcases inspirational work done in the areas of Water Conservation, Women Empowerment, Education for underprivileged and the success stories of flourishing farmers;which is truly a model township for rest of the world to emulate.

The international celebs often flock to the richness of Taj Mahal in India but the lady behind the most coveted pageant of the world, Ms Julia Morley chose to visit our own Shirpur with Rolene. What drew her to Shirpur over Agra is the success story of the people of this region who turned this infertile land into a man-made oasis with passion and hard work of decades from Shri Vile-ParleKelavani Mandal.

Recalling those days, he said, “The town was in abysmal condition. Potholes, encroachment on Municipal land, garbage at every nook and corner and severe water scarcity had left Shirpur in a miserable condition. I took up Shirpur's economic transformation as a personal challenge; one to be pursued with imagination and conviction. If I achieved success, it would vindicate my belief in my abilities, while opening doors to a better, more productive life for scores of marginalized rural communities.”

It all began with by setting up a spinning unit in 1996. It was a modest step, but in just 13 years it has taken giant leaps into becoming a full-fledged, multi-process, cotton textile manufacturing enterprise, encompassing the entire value chain – from cultivation to production of fashion wear. It has contributed significantly to a socio-economic revolution in an obscure tribal belt in Shirpur (Maharashtra). A barren land was transformed into a fertile cotton producing zone which led to the evolution of a booming textile manufacturing district. This effort was initiated by Amrish Patel who took Shirpur’s economic transformation as a personal challenge in opening doors to a better and more productive society contributing to the economy of the country.

Miss World Rolene said, “I am aware of the transformation story of Shirpur. As a woman, I feel that the women empowerment is a global issue and the women will be truly empowered when women from grassroot are empowered. Shirpur is the living example of the same and hence, I was more interested in listening the stories of these women than anything else. This is a lesson that the world cannot progress without women participating in the growth stories.”

Rolene and Carina met tribal women and girls on their visit and talked about their issues, they also shared their beauty secrets. When the girls giggled and felt grateful they didn’t miss out taking selfies with Khandeshi people. They were overwhelmed with the warm welcome and hospitality during their visit.

“The enterprise, by its very nature, has transformed socio-economic landscape of hitherto backward region and we are proud to be a part of it. Working independently and with local governing bodies we empower rural communities by providing education, skill development programs, and opportunities for gainful employment. In fact, we measure our success by the success of those we assist in achieving their individual dreams.” said Chintan Patel, Director of Deesan Group and trustee SVKM.

Shirpur is now one of the largest hub of the textile complex in Central India. This enterprise is also generating so many job opportunities that it would make it unnecessary for any son of the soil to leave his hometown in search of employment. The Shirpur Municipal Corporation was given the best Municipal Corporation Award by the State Government. The town is maintained clean throughout the year. Drinking water is supplied after the purification in a modern plant. Over 2000 check dams are made all over Shirpur to ensure, that the rain water is well preserved and not a drop is wasted. The educational facilities, medical facilities, open areas, playground and other amenities are superior to those available in many big cities in the country.

The Group takes pride in the fact that it has worked a significant socio-economic revolution in an obscure tribal belt. Barren land was transformed into a fertile cotton producing zone. This in turn led to the evolution of a booming textile manufacturing district that today brings prosperity, education and the promise of limitless growth to a once marginalized people.

This is the story of Shirpur which is now not talk-of-the-town but curiosity of the world. On her visit, the Miss World will meet the Shirpurites, interacted with them to know their experience, visited Deesan Texfab to get the feel of woman empowerment, water conservation plant in Shirpur over their two days stay and later visit the Narsee Monjee Institute of Management Studies (NMIMS) campus in Mumbai and take home back all the learning’s of social cause by SVPKM group.

Posted by orientpublication at Thursday, April 16, 2015