Nishad Chaughule, 26 a youngster from Pune wins an Oscar for his short film ‘Border Patrol.’  Nishad produced the film as a part of his coursework when he was a Masters filmmaking student at the Northern Film School in Leeds, UK.

The film has won an award at the 41st Student Academy Awards (student Oscars) in the ‘Best Foreign Film’ category organized by the Academy of Motion Picture Arts and Sciences, California, USA. The film will be competing for the gold, silver and bronze medals at the award ceremony, which will be held at the DGA (Director’s Guild of America) theatre on the 7th of June in Hollywood, LA. The film will be competing against “Nocebo’ from the University of Television and Film, Munich, Germany and ‘Paris on the water’ from Tel Aviv University, Israel.

Border Patrol is a short film of about 15 minutes in German language and has been shot on location in Germany. It is a black comedy about 2 German Border Force cops who discover a dead body in the woods on the Austrian border who decide to hang up the body on the Austrian side to avoid all the hassles and paperwork as they don’t want to miss the big football game between Germany and Austria later that evening.

The film is already doing well elsewhere in the world bagging a number of awards including the Outstanding International film at the Beijing film and video festival last year and the Best film at the Royal Television Society awards, London, UK last week .The film has also been screened at many prestigious film festivals like Camerimage, in Poland last year and will have its debut in international competition in Tokyo at the Short shorts international film festival in mid June. Besides this the film has bagged many smaller awards and has been shown at around 25 film festivals around the world in countries like Germany, UK, Romania, France, China, Japan, Uruguay, USA, Italy, etc.

Nishad said “ I am delighted at the accolades the film is receiving and really happy that the hard work is paying is paying off.  I never expected that the film will win at the Oscars and I am excited what  this will bring to my career. This success equally belongs to the entire crew of Border Patrol especially my friend and director Peter Baumann. I would like to thank the Northern Film School for having faith in the idea and the crew. I would also like to thank my parents for allowing me to choose an alternative career path and follow my dreams.”

Nishad is currently working on short films and media jobs mainly in the UK and Europe and would definitely like to make a film in Bollywood in the near future. But he said,  “As of now I can’t wait to go to LA, USA to attend the award ceremony and to meet filmmakers and legends at the Academy and from all over the world and mainly to meet and celebrate the success with the crew of Border Patrol.” 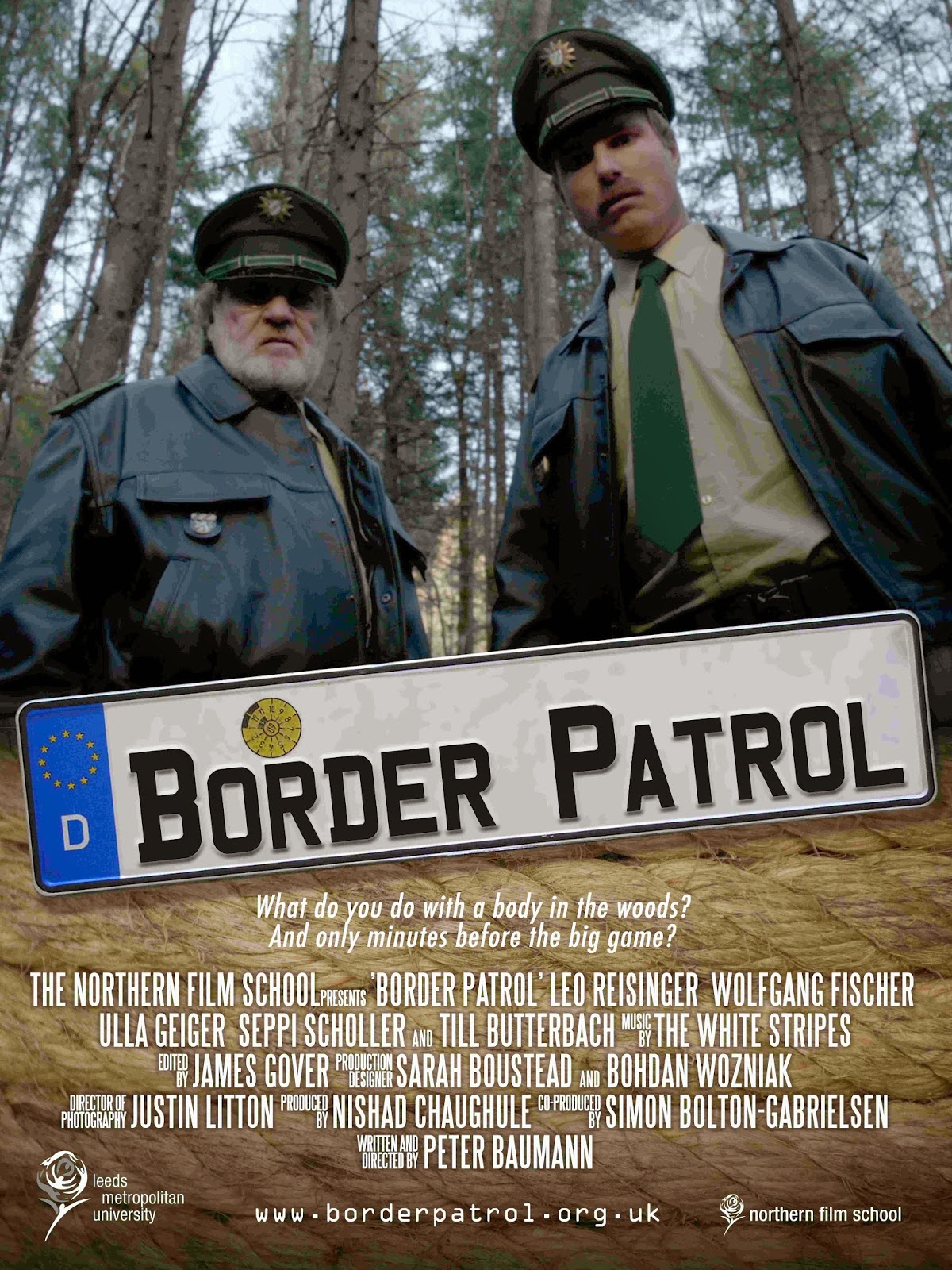 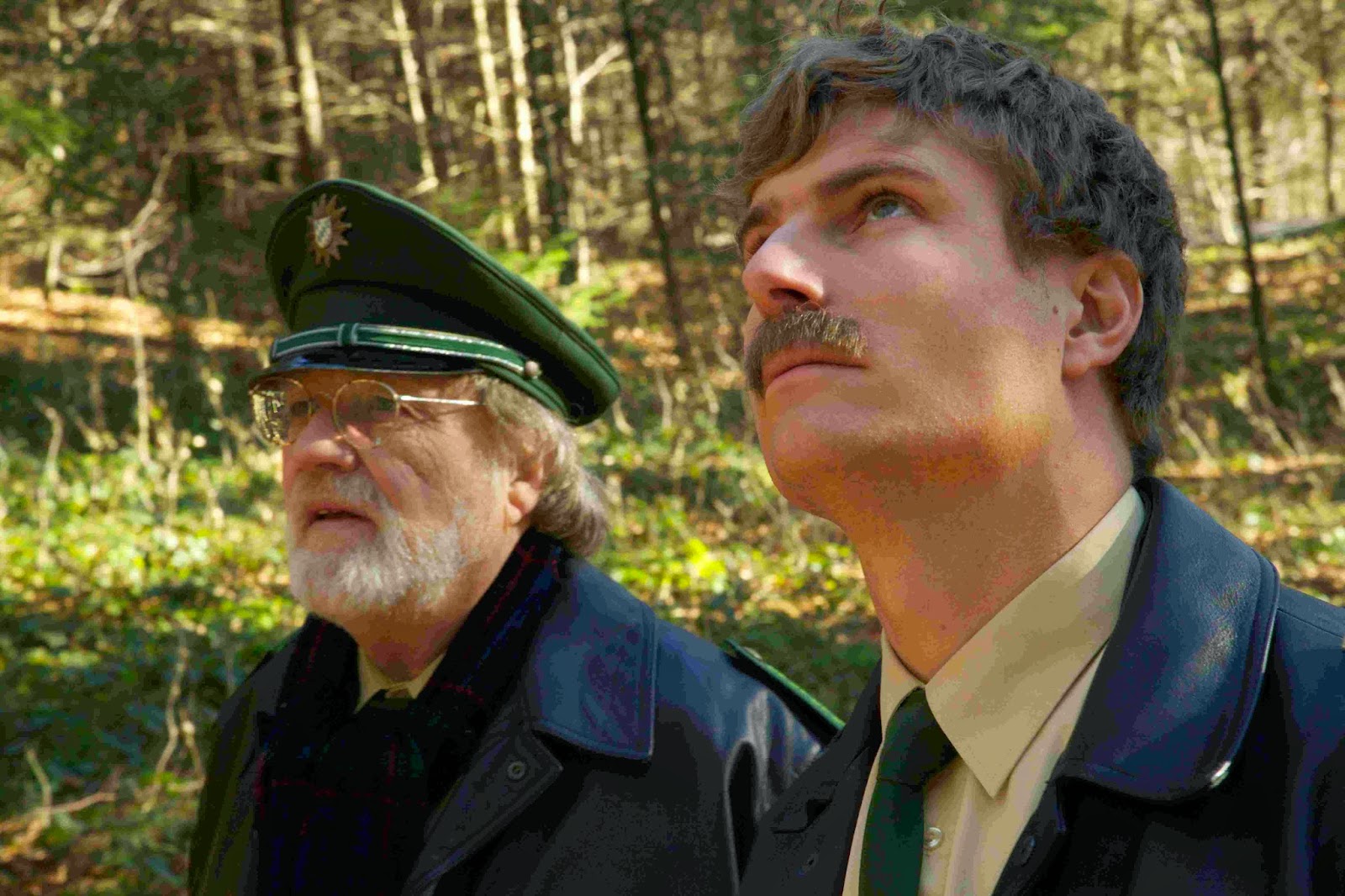 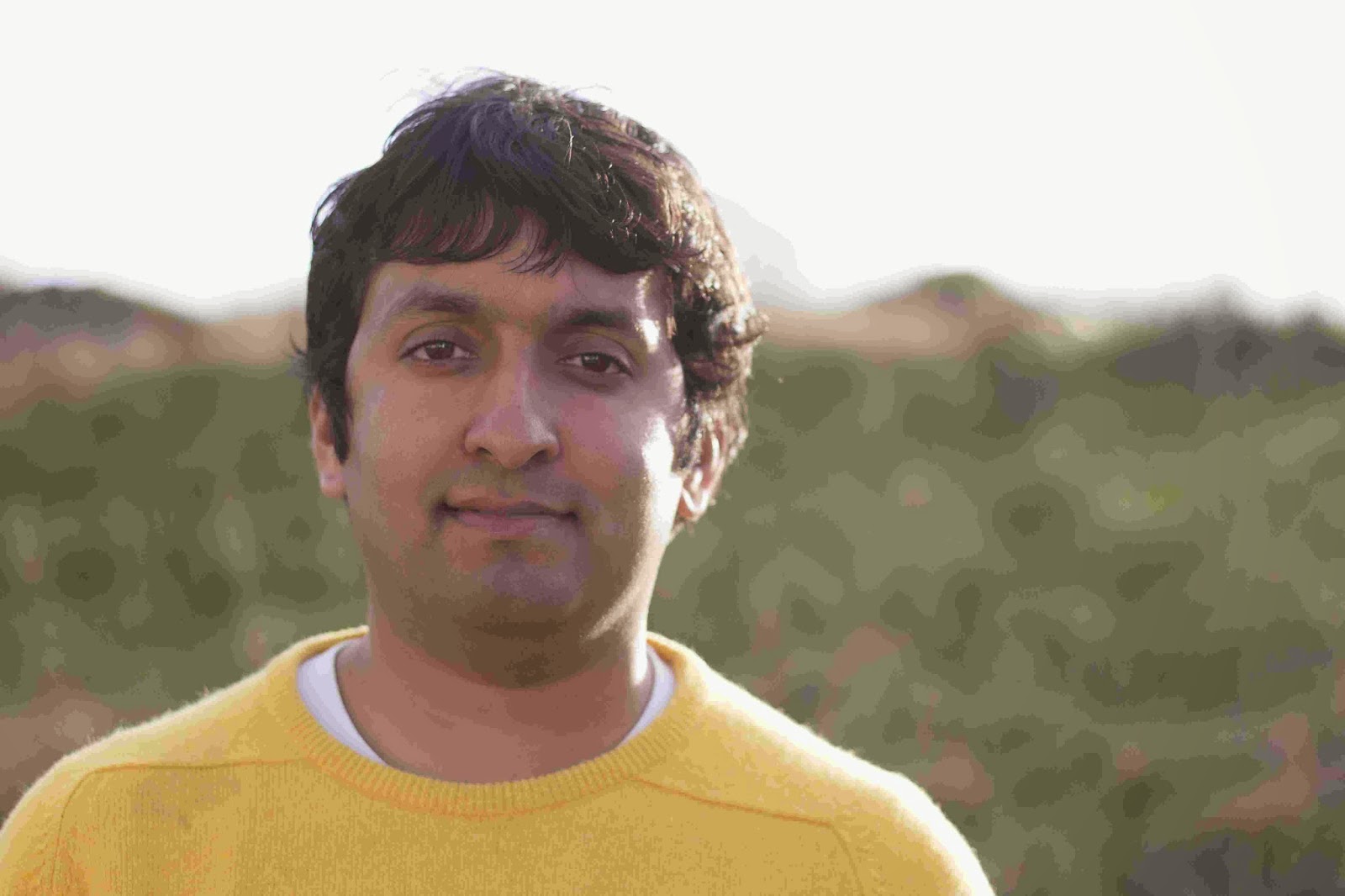 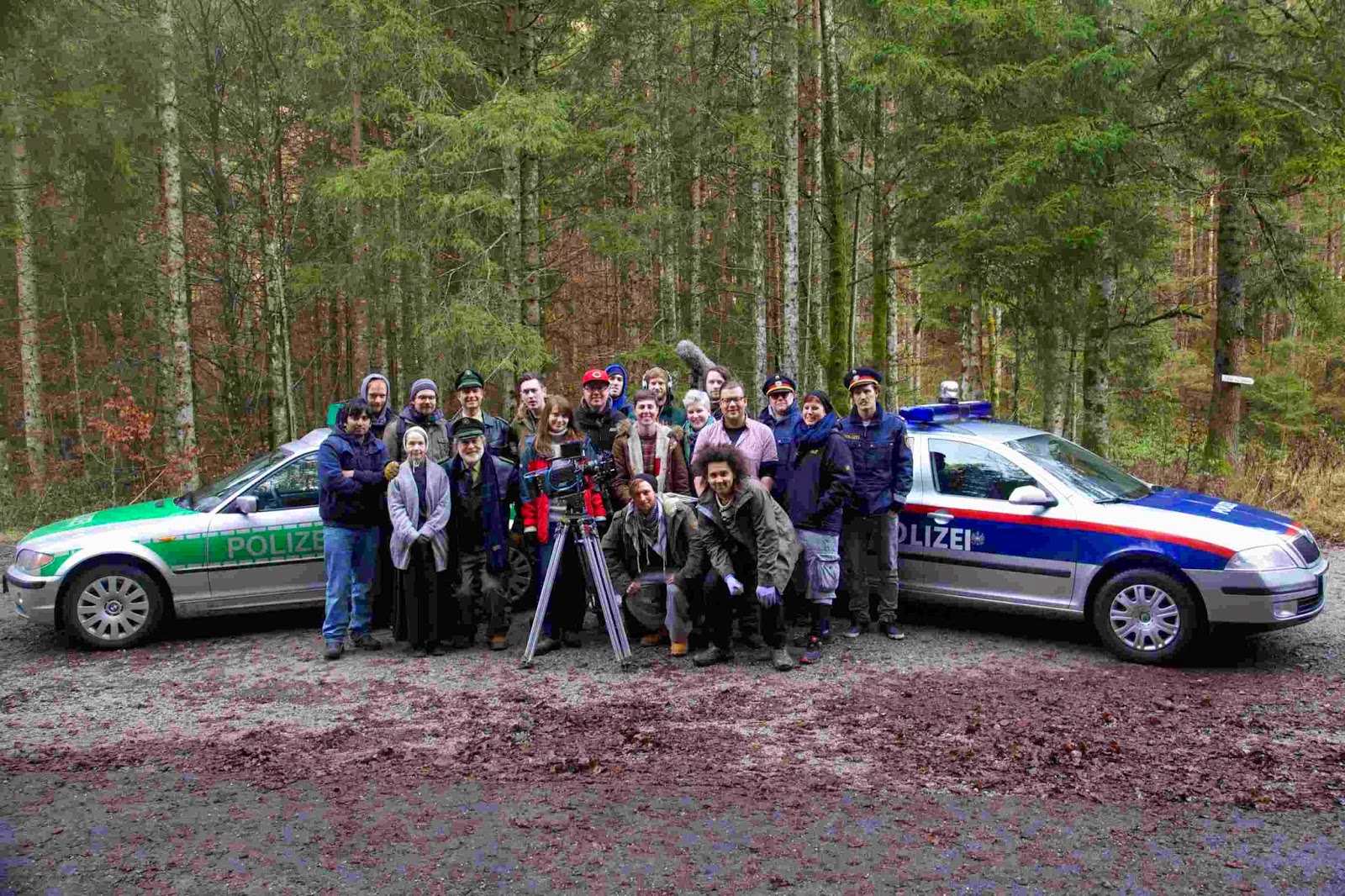 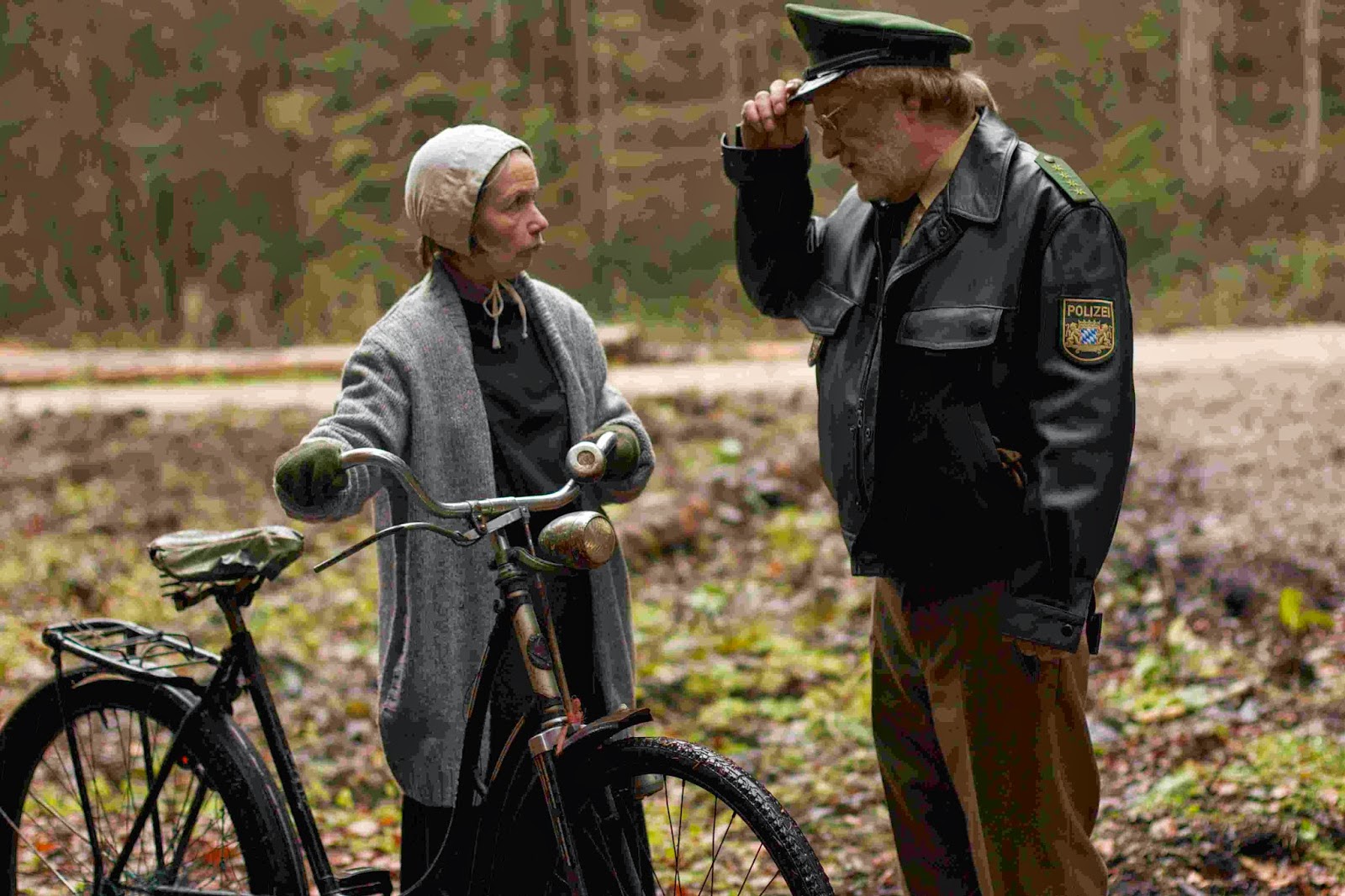 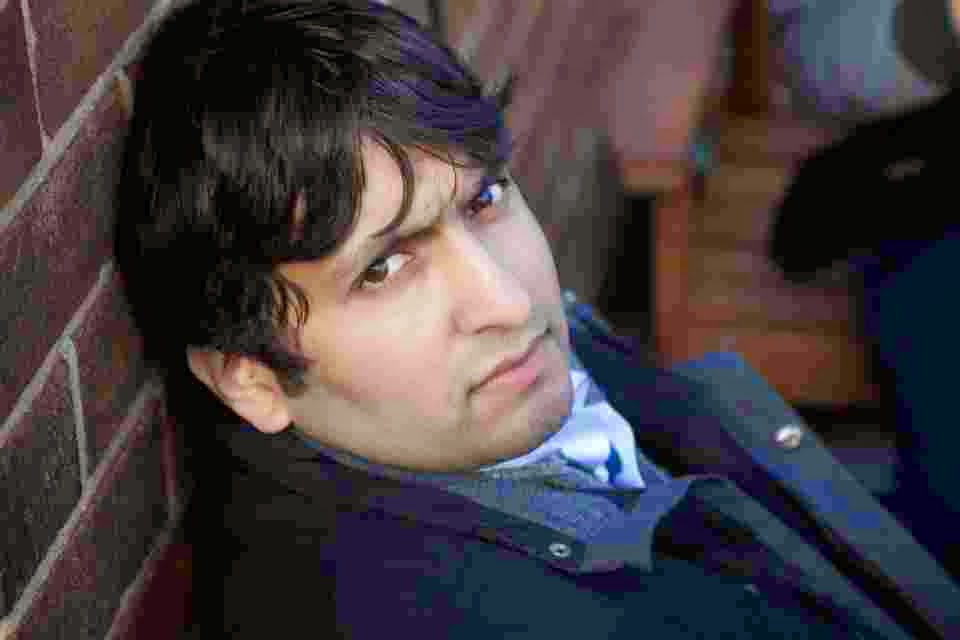 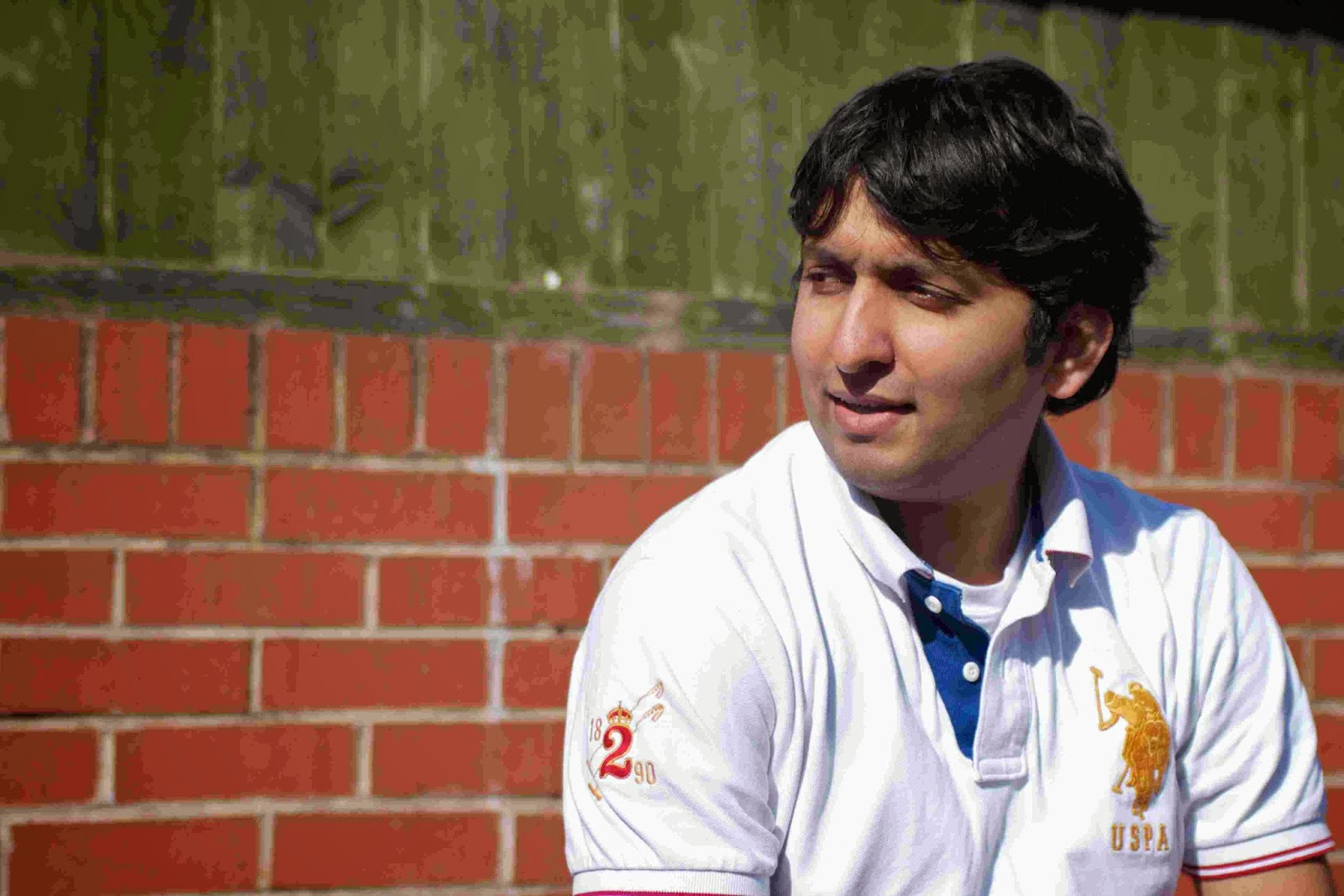 LEEDS METROPOLITAN UNIVERSITY PRESENTS
A NORTHERN FILM SCHOOL PRODUCTION
BORDER PATROL
PRESS PACK
Duration: mins seconds
Aspect Ratio: 1.85:1
Shooting Format: Apple ProRes 422 (1080p)
Screening Format: DVD Mpeg2 / BluRay Mpeg 4 / Apple ProRes 422 (1080p)
Sound Format: 48khz, 16 bit (AAC)
THE NORTHERN FILM SCHOOL
THE ELECTRIC PRESS
1, MILLENNIUM SQUARE
LEEDS
PHONE: +44 (0)113 812 8035
Email: n.kidd@leedsmet.ac.uk
Website: www.northernfilmschool.co.uk
Border Patrol
What do you do with a body in the woods, and only minutes before the
big game?
Carl and Franz are all ready to gett off work and go and watch the big match
against Austria when they make an unwelcome discovery. So, deal
with it, or make it someone else’s problem?
SYNOPSIS
Carl, a young eager border cop is anxious to finish work so he can watch the
big football match against Austria. Getting annoyed with his partner, Franz
(who’s nearing retirement and likes to take his time), his plans are thwarted by
the discovery of a suicide victim in the woods just near the Austrian border.
The wily Franz realises this an opportunity for a bit of fun with his younger
colleague, and sets about instructing him in making the body the Austrians’
problem. It all seems to work out well, except maybe the Austrians have seen
this body before.
FULL SYNOPSIS
Carl and Franz are two border Police working on the Austrian/German border
in Germany. Carl is desperate to get home and watch the big game against
Austria, but Franz, the old man of the two, is more interested in spying on the
local housewives. However, after a brief brush with a speeding Austrian
border Police car, they come across an old woman who points them to a
suicide victim, hanging from a tree in the woods. Now it looks like Carl’s plan
of getting home for the football is ruined, but Franz makes a suggestion. Why
not take him down and hang him back up across the border and let the
Austrians deal with him? It doesn’t go down well with the rookie Carl, but they
carry out thier plan and after much difficulty, leave the dead man hanging from
an Austrian tree. They drive off with glee, Carl to watch his football, and Franz
just pleased with himself at having got the better of his younger colleague.
But then the Austrian border Police are faced with a body in the woods... only,
they thought they’d got rid of him once already!
PRODUCTION NOTES
BORDER PATROL is the creation of writer/director Peter Baumann, a German
filmmaker pursuing stories that make for great entertainment while never
losing a dark undertone and high production values.Following the exploits of
two German border cops on the boundary with Austria, it plays on the power
relationship between the young Carl and the older, worldy-wise Franz, as well
as packing a comic punch and a strong dose of the macabre. An ensemble
piece, Peter worked with fellow filmmakers Nishad Chaugule and Simon
Bolton-Gabrielsen (producers), and in close collaboration with American
cinematographer, Justin Litton, to create a story that is sharp, intelligent,
funny and represents a striking and original work of short cinema.
CAST
Karl Leo Reisinger
Franz Wolfgang Fischer
Frau Bauermeister Ulla Geiger
Schorschi Seppi Scholler
Josef Till Butterbach
Biggy Margrett Dyett
Border Guard Herr Aschenloher
CREW
Director Peter Baumann
Writer Peter Baumann
Producer Nishad Chaughule
Co-producer Simon Bolton-Gabrielsen
Cinematographer Justin Litton
Editor James Gover
Production Designer Sarah Bousted
Art Director Bohdan Wozniak
Production Manager Florian Dassler
Editor James Gover
Composer
1st AD Christian Herzer
2nd AD Till Butterbach
Location Manager Anna Kloeble
Key Grip John Crabtree
Sound Recordist Björn Mehrholz
1st AC Cristina Cretu
2nd AC Aidan Brooks
Hair & Makeup Brenda Huld
Production Assistant / Set Photographer Oliver Roberts
Production Assistant / Driver Dennis Forster
Sound Designer
Colourist Justin Litton
THANKS TO
Betsy Rayvenn Allen Becky Beetz
Thomas Beetz Stephen Gaetke
Michael Gallimore Greg Harpold
Julian Jaeger Andreas Jaensch
Linda Karlsson Brenda Lilly
Elsie Litton Miriam Schimka
Laurenz Simbruner Ugur Yildirim
SPECIAL THANKS TO
Christian & Inger Gabrielsen
Sascha Schwartz
PROVISION, Leeds
ONSIGHT, Shepperton Studios
The Family Schwaab and everyone at Gasthof Jachenau
Kaspar Danner Ferienbauernhof, Jachenau
Rosemarie Fischer , Gästeinformation Jachenau
Verkehrsamt Jachenau
www.filmcops.de
Posted by orientpublication at Friday, May 23, 2014